The Uttar Pradesh government should also launch a probe to ascertain the involvement of others in the alleged land scam, identify them and bring them to justice, said the AAP leader. 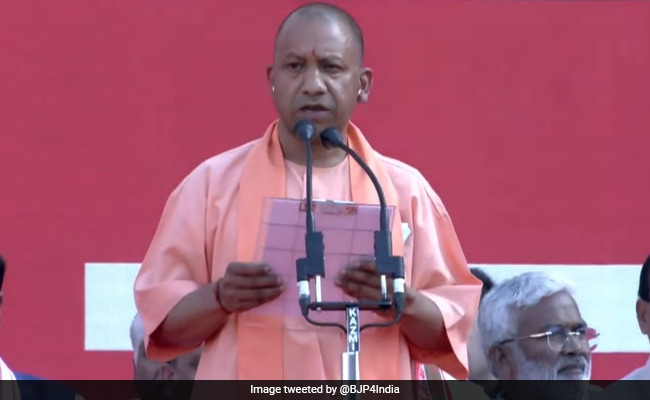 AAP MP Sanjay Singh on Monday said the Ayodhya Development Authority has vindicated his claim by naming 40 people, including the city mayor and certain BJP leaders, in alleged illegal land deals near the Ram temple and demanded their immediate arrest.

He also demanded that the colonies developed on the "illegally" sold land near the Ram temple in Ayodhya be razed and the "illegally" occupied plots vacated "without any delay".

The Uttar Pradesh government should also launch a probe to ascertain the involvement of others in the alleged land scam, identify them and bring them to justice, Singh said.

The remarks of the national spokesperson of the Aam Aadmi Party (AAP) came after the Ayodhya Development Authority released a list of 40 people on Saturday, alleging that they "illegally" bought and sold land and got structures constructed on such land in the area under its jurisdiction.

Singh hit out at the BJP over its leaders' alleged involvement in illegal land deals, saying, "I do not know whether you have any shame or not but the people of this country are ashamed of you." "Your faith is not in Lord Ram, but in corruption, kickbacks, loot and land scam," he alleged.

The Rajya Sabha MP alleged that he had brought this "illegal" sale-purchase of land near the Ram temple in Ayodhya to light "with proof" over a year ago, but the Uttar Pradesh government booked him in several cases, instead of taking action against those involved in it.

"These are the same people I had named. I had made similar allegations against them," he told a press conference here.

Singh, who is the AAP's in-charge of political affairs in Uttar Pradesh, said he had got a police complaint lodged in Ayodhya in this connection on June 24 last year.

Uttar Pradesh Chief Minister Yogi Adityanath used to visit Ayodhya frequently then but did not take any action in the matter as these "land sharks" belonged to the BJP, he charged.

"The Ayodhya Development Authority has now vindicated my claim," Singh said, adding that "all these (40) people should immediately be jailed".

He also demanded that the colonies developed on the "illegally" sold land in the area, which was marked as a green zone near the Ram temple, be razed and the plots occupied there vacated "without any delay".

"Yogi-ji is swift in running bulldozers. Then (he should) start it from Tuesday," the AAP leader said.

He also demanded that the Uttar Pradesh government launch a probe to identify and take action against the officials who might have been hand in glove with the Ayodhya mayor in the alleged land deals.

"Wake up Adityanath-ji and order the lodging of an FIR against the accused based on my complaint, which is pending with the Ayodhya Kotwali (since last year)," Singh said.