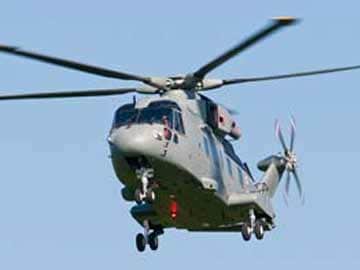 New Delhi: Businessman Gautam Khaitan has been arrested by the Enforcement Directorate in the Rs 3,600 crore VVIP chopper deal.

This is the first arrest in the money-laundering investigation into kickbacks worth crores allegedly paid to ensure that AgustaWestland landed the contract.

India had cancelled the order with AgustaWestland for 12 top-end helicopters in January, citing a breach of integrity relating to alleged corruption.

The Enforcement Directorate had yesterday searched two properties in Delhi belonging to Mr Khaitan, a businessman and an advocate. Reports suggest the agency found jewellery and important financial documents from his premises.

Mr Khaitan was on the board of a Chandigarh-based company, Aeromatrix which is among 21 entities named in a criminal case registered in July. The company was allegedly a front used for routing funds.

Former Air Force Chief SP Tyagi, who has been accused of accepting bribes through relatives to help AgustaWestland land the contract, is also among those named in the FIR or police complaint. He has denied any wrongdoing.

Promoted
Listen to the latest songs, only on JioSaavn.com
Mr Khaitan's name figured in the Italian prosecutor's report filed in a court in Italy.

Two governors - BV Wanchoo and MK Narayanan - resigned from office after they were interrogated by the CBI recently as witnesses. Mr Narayanan was National Security Advisor; Mr Wanchoo was head of the Special Protection Group which handles the security of top political leaders. Both men were privy to the discussions where initial specifications for the height at which the helicopters should fly were lowered; this made AgustaWestland eligible as a supplier.
Comments
Gautam KhaitanVVIP chopper dealChopper deal