Russia said before the two-day visit by Putin and top Russian ministers that the "key feature" would be the signing of a $5-billion deal for the S-400 air defence system, despite the risk of US sanctions against countries buying Russian defence equipment. 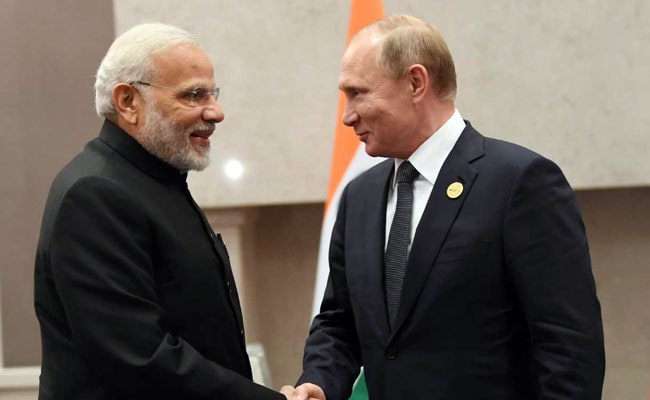 Russian President Vladimir Putin will arrive in New Delhi this evening, looking to tie up billions of dollars in arms deals with Prime Minister Narendra Modi, likely irking the US, China and Pakistan in one fell swoop.

The Kremlin said before the two-day visit by Putin and top Russian ministers that the "key feature" would be the signing of a $5-billion deal for the S-400 air defence system, despite the risk of US sanctions against countries buying Russian defence equipment.

On the eve of Vladimir Putin's arrival, the United States poured cold water on Indian efforts to obtain a waiver to avoid sanctions under legislation called Countering America's Adversaries Through Sanctions Act (CAATSA).

Upgrades in arms systems "including the S-400 air and missile defense system" would be a particular focus for CAATSA, a US State Department spokesperson was quoted as saying by news agency PTI. 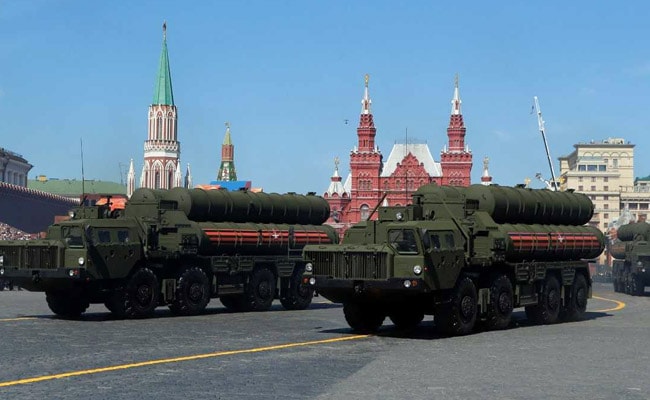 However, the US is in a difficult position when it comes to India. It wants to bolster ties with New Delhi to counter China's growing assertiveness.

Washington and New Delhi announced plans last month for joint military drills in 2019, and agreed on the exchange of sensitive military information. The US is now India's second biggest arms supplier.

But Russia remains number one, and a string of new deals with India would be a major win for Moscow -- and a big snub to the US.

Putin and PM Modi, who appear to enjoy a personal rapport, are also likely to discuss a deal for four Krivak-class frigates worth $2 billion and 200 light utility Ka-226 helicopters pegged at $1 billion.

"It's about time we showed that we are not going to be pushed around by Washington," RR Subramanian, a Delhi-based strategic affairs analyst, told AFP.

Experts say India needs the sophisticated S-400 to fill critical gaps in its defence capabilities, in view of China's rise and perceived threats from Pakistan.

Indian Air Force Chief Birender Singh Dhanoa said Wednesday that the S-400, and the 36 Rafale fighter jets purchased from France -- a 2016 deal mired in political controversy -- represent a "booster dose" for the country.

Last year India and China had a military standoff over a Himalayan plateau claimed by Beijing and Bhutan, a close ally of India. China has also perturbed India by loaning vast amounts of money to countries such as Sri Lanka where it has long held sway.

Also on the agenda is Russian training for Indian astronauts as New Delhi aims to launch its first crewed space mission in 2022.

Rakesh Sharma, the only Indian to travel in space, did so on a Soviet spacecraft in 1984.

But military equipment is the main focus.

India is the world's biggest arms importer and is undergoing a $100-billion upgrade of its ageing hardware, much of it of Soviet vintage including MiG jets that have frequently crashed in the countryside.

Russia and India have had warm ties since Stalin died in 1953.

But annual Russia-India trade has slipped below $10 billion since 2014, as PM Modi cultivated closer diplomatic and economic ties with Washington, while Russia has courted Pakistan and China.

Ties received a boost last year when PM Modi and Putin held a fruitful annual bilateral summit, followed by meetings in Astana and at the G20 in Germany. They also met in Sochi this year.

On the strategic front, Russia helped India become a full member of the Shanghai Cooperation Organisation this year and has backed New Delhi's long-held demand for a permanent UN Security Council seat.

Moscow is also pushing for India's entry into the Nuclear Suppliers Group of countries controlling access to nuclear technology.

Afghanistan though has been a sticking point, experts say, where Moscow wants to engage Taliban in the peace process -- a prospect unacceptable to India.