With Purchase Of $5 Billion Russian Missiles, India Risks US Sanctions 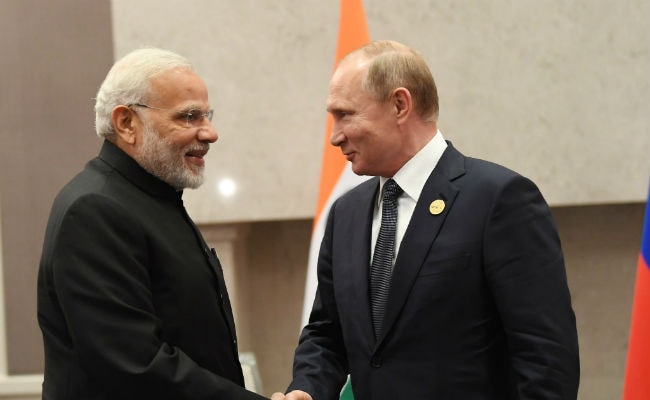 India is set to sign a multi-billion dollar defence deal with Russia this week that could invite sanctions from the United States. Kremlin has announced that the deal for the S-400 Triumf surface-to-air missile system would be signed when Russian President Vladimir Putin meets Prime Minister Narendra Modi in Delhi on Friday.

"As and when the government approves it, delivery will be in 24 months," Air Chief Marshal BS Dhanoa told reporters.

A separate deal to supply four frigates to India may also be signed during Mr Putin's visit on October 4-5 for the annual India-Russia summit.

Under a tough new law, the US has imposed crippling sanctions on countries having defence deals with Russia. China, which recently purchased Russian Sukhoi Su-35 fighter jets and S-400 surface-to-air missile, is on the list.

Last month, the US had warned against India's deal with Russia, saying it would be considered a "significant transaction".

"We urge all of our allies and partners to forgo transactions with Russia that would trigger sanctions under the CAATSA," a U.S. State Department representative said.

"The administration has indicated that a focus area for the implementation of CAATSA Section 231 is new or qualitative upgrades in capability - including the S-400 air and missile defence system."

But the US Congress has now passed a fresh law granting a waiver to some countries, including possibly India. President Trump, however, is yet to sign off on the waiver, which leaves room for sanctions.

The S-400 missile system, in service since 2007, can track nearly 300 targets and shoot three dozen - over a range of 400 km - simultaneously. The sensitive radars of the system are thought to be able to detect even stealth aircraft.

The last annual India-Russia summit was held in June 2017 during PM Modi's visit to Russia.