Vikrant Massey said: "I have seen ups and downs. When my chips are down, I remind myself of the time when Aamir Khan spoke to me over the phone and praised my work in Dil Dhadakne Do" 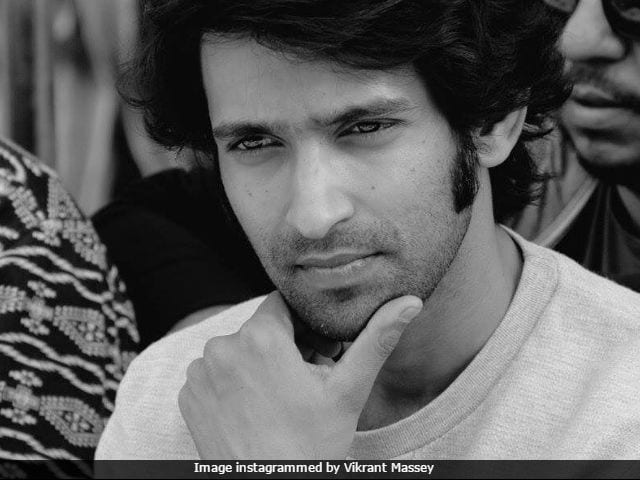 New Delhi: All of a sudden media and Bollywood has taken notice of actor Vikrant Massey. The appreciation he has just received in most reviews of A Death in the Gunj, has led film journalists at his home in Versova, Mumbai. Massey is not managed by a publicist yet - he says he prefers a one-on-one relation with journalists. Also, the all new attention and adulation is something that he is enjoying. It may seem like another overnight success story, but that's not the case.

For this interview, Massey invited me over to his place. We sip a cup of hot tea, watch the early downpour from his window, which faces a big school playground. He points at the school building of St Anthony's School, "That's my school, I grew up here, everything around is home to me." Neighbors and friends call him by his nickname, Sonu. They have seen Sonu grow, then saw him in television shows and then on the big screen. "I never thought the media would be interested in me - this is very surreal."

Massey started acting 14 years ago, did TV shows, some popular ones like Balika Vadhu, which made him a famous small screen star. But it's the big screen break, Lootera (2013), which led him from one film to another. After Lootera, he did Zoya Akthar's Dil Dhadakne Do and Konkana Sen Sharma's A Death in the Gunj. Both the directors have gone on record and said they liked his work in Lootera, hence cast him in their films. "Lootera happened nearly 10 years after television. It was the first film I auditioned for. When I got a call for the audition, the only question I asked was who is directing it? When they said Vikramaditya Motwane, I said I have to go for this test and get this role because I loved his first film Udaan (2010)."

Not just the media, members of the film industry have also given Vikrant Massey a warm welcome, which is what keeps him going. "I have seen ups and downs. When my chips are down, I remind myself of the time when Aamir Khan spoke to me over the phone and praised my work in Dil Dhadakne Do. What big a validation that is, someone of Aamir Khan's stature to be initiating a call with someone like me. It's a confidence boost!"

Promoted
Listen to the latest songs, only on JioSaavn.com
I ask him if this is the point where stardom begins, he blushes and evades the topic, "No no! Nothing like that! I am grateful for what I have got, and I will take one step at a time." Since he is not comfortable talking about stardom yet, I ask him if he is ready for it, to take the conversation ahead I remind him of Shah Rukh Khan's dialogue from Zoya Akthar's Luck By Chance - where Shah Rukh Khan tells Farhan Akthar, "Stardom ek cocktail hai, fame, power, money.. Bahaut khatarnaak nasha hai" (Stardom is like a cocktail, fame power, money.. it's dangerous high). He smiles, "This is the dialogue I always go back to and tell myself what it is. So I am going to take one step at a time and see what's in store for me."

Massey's work has spoken, and the industry has taken notice of this shy Versova boy. Some of the biggest names in the industry have acknowledged him, either by giving him work or by ringing him to compliment it but he guards himself from the word 'stardom', which, knowing this industry, may be just around the corner.
Comments
vikrant masseya death in the gunjDil Dhadakne Do

Prefix "0" To Calls From Landlines To Mobiles Starting January 1