A Death In The Gunj Review: Konkona Sen Sharma Crafts A Chiselled Gem 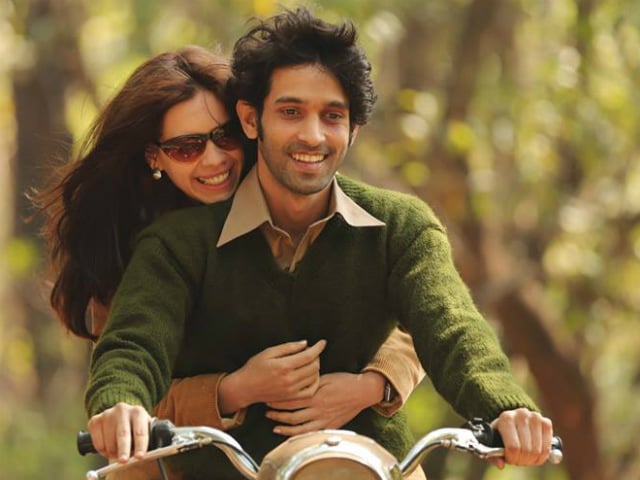 A Death In The Gunj: A layered celebration of a culture that was defined by a genuine zest for life

Konkona Sen Sharma's first film as a director draws inspiration from a family anecdote. It parlays the tragic tale into a deeply felt, splendidly calibrated drama. A Death In The Gunj ends on a funereal note. But it embraces life in a tight clinch, besides heralding the birth of a filmmaker to watch. Sen Sharma's storytelling is strikingly sure-handed: proof that she is as fine a director as she is an actress. Her script is shorn of superfluities, cinematographer Sirsha Roy's exquisitely lit frames unerringly evoke the film's time and space, and the effortless acting by the ensemble cast is of the highest order.

The onscreen conversations - the characters move freely between English, Bengali and Hindi - have the ring of everyday chitchat to them. The actors do not stand and deliver stuffy lines for effect. They behave and speak like real people going about their daily business.

Starting with a telling opening sequence drenched in the stench of death, the film eases us into a genteel late 1970s small-town milieu where life, overly laidback, drifts along uneventfully until stray transgressions begin to assume ominous undertones. Beneath the deceptive banter and bonhomie, there's intense inner turmoil, coiled-up frustrations and sexual tension that trigger an unsettling climax. 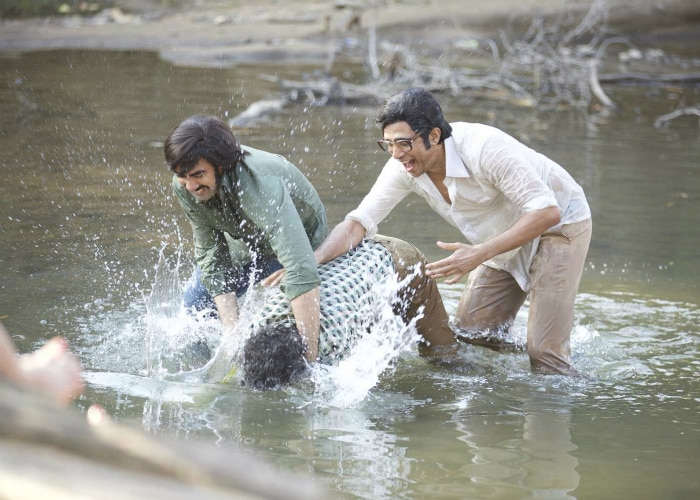 It is early January 1979. Two friends, disquiet writ large on their faces, survey a dead man in the boot of an Ambassador parked outside a Ranchi morgue. The space is too cramped for the corpse (it stays off-camera). So one of the guys suggests that they bend the legs a bit and put the body in a foetal position. That done, the car, with its lifeless cargo, is on the way to Calcutta, eight hours away.

The film cuts to "a week earlier". We see the same vehicle headed along the same forest road in the opposite direction, carrying a vacationing family towards the sleepy Anglo-Indian borough of McCluskieganj (then Bihar, now Jharkhand) for a post-Christmas get-together at the colonial bungalow of O.P. Bakshi (Om Puri) and his wife Anupama (Tanuja).

Audience interest is instantly ignited, but there is no way for anybody to fathom what lies ahead or, to be more precise, what exactly transpired in the immediate past. The film's quick and precise prelude is intriguing enough to pull the audience instantly into the world of the Bakshi brood and their sundry friends.

Sen Sharma's understated directorial style is steeped in a tradition that goes all the way back to Satyajit Ray's Aranyer Din Ratri, and that has distinct shades of Aparna Sen's 36 Chowringhee Lane, but her film is its own beautiful beast. It is marked by a keen eye for detail and an appreciation of the complexities of human relationships.

Watch the trailer of A Death In The Gunj here:


A troubled 23-year-old man, Shutu (Vikrant Massey), and his faltering equation with the space he inhabits form the crux of the narrative. He has recently lost his father. He has flunked a crucial college examination to boot. A holiday to get away from it all might seem like exactly what the doctor ordered. But it doesn't quite turn out that way.

Shutu chances upon a woollen sweater of his deceased father's in a cupboard in the Bakshi home. It becomes his second skin. But he conceals his mark sheet from his mother in Bardhaman and his maternal aunt in McCluskieganj.

Sen Sharma turns the coming-of-age genre on its head as she explores the plight of the conflicted young man contrasted with the smug certitudes of the older cousin and his brash friends, a trio of bullies who only push Shutu deeper into a trough with their practical jokes and physical aggression. 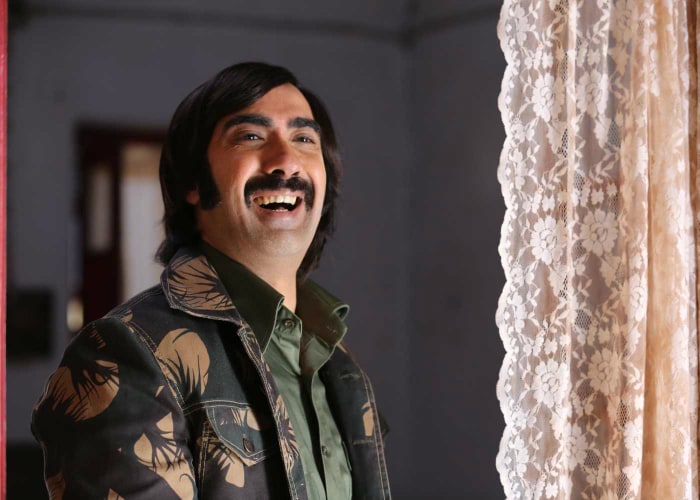 They perform a planchet, go out for lunch to Brian's place, play chess and have a go at a game of kabaddi. Each time, it is the timid Shutu who ends up at the receiving end. Vikram, a recently married man still under Mimi's spell, projects a notion of masculinity that is directly at variance with Shutu's. He is the latter's worst tormentor.

The only person Shutu bonds with is Nandu's eight-year-old daughter Tani (Arya Sharma). In one scene, the two watch an insect burn as they direct the rays of the afternoon sun at it through a magnifying glass - an apt metaphor for the cruelty that Shutu himself faces.

Sen Sharma conjures up the late 1970s without making a self-conscious spectacle of the exercise. Vikram's Yezdi motorcycle, Shutu's Calcutta University mark sheet, the dull-yellow packet of Vazir Sultan Tobacco's Charminar cigarettes, a bottle of Dulal's Talmichri (a brand of palm candy), the ten-paisa coin and the 100-rupee currency notes, among other props big and small, are all spot on.

The death of Elvis Presley (August 1977) and the Emergency (which ended in March 1977) are mentioned in the planchet scene. But the reference to Jawaharlal Nehru in the context of his daughter's political adventurism is inexplicably deleted in the film's censored version. You cannot keep Pahlaj Nihalani down, can you?

The songs that the hard-drinking Bakshis and friends sing suggest their powers of multicultural absorption. The music they produce and sway to - from a peppy Santhal folk song to Auld Lang Syne to the Salil Chowdhury composition Dhitang dhitang bole - is delightfully eclectic.

Promoted
Listen to the latest songs, only on JioSaavn.com
The actors, not the least Vikrant Massey and child actress Arya Sharma, contribute immensely to making A Death In The Gunj the film that it is. Om Puri and Tanuja, fleshing out the older couple, immerse themselves completely into the setting, while the quintet of Gulshan Devaiah, Tillotama Shome, Kalki Koechlin, Ranvir Shorey and Jim Sarbh does not put a foot wrong. 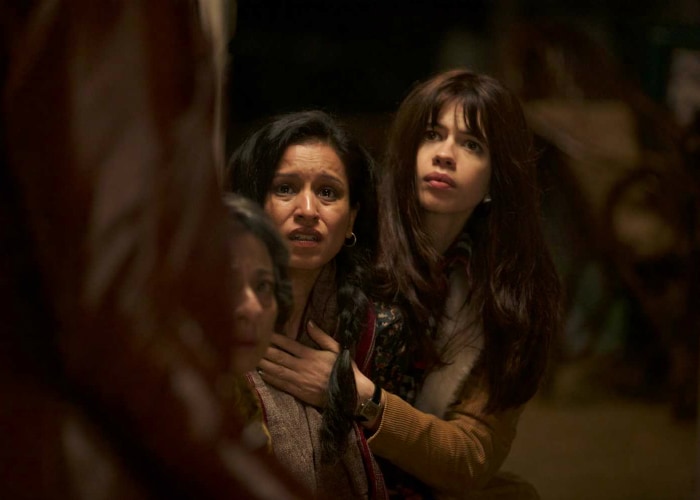 A Death In The Gunj, steeped in nostalgia, is a consummate requiem to an era gone by. It is also a layered celebration of a culture that was defined by a genuine zest for life. But it is, above all, a sensitive, profoundly moving portrait of an angst-ridden young man derailed by a world bereft of empathy.

A Death In The Gunj is a chiselled gem of a film - as resplendent as it is sobering.