Shocking visuals of a tree being cut in Kerala's Malappuram in broad daylight has left the internet angry. 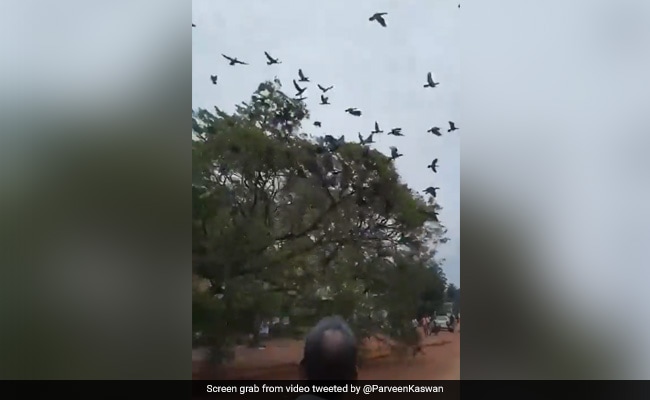 The tree was home to several birds.

In a tragic incident, scores of birds were killed and their eggs and nests were destroyed after a tree was cut and removed to widen the National Highway in Kerala's Malappuram district. The video of this sad incident was shared on Twitter by Indian Forest Service (IFS) officers, Parveen Kaswan and Susanta Nanda on Friday, September 2.

In the caption, Mr Kaswan wrote, “Everybody need a house. How cruel we can become. Unknown location.” Mr Nanda along with his video wrote, “For reaching our home early, we destroy the homes of our co-habitats permanently.”

The 44-second video was posted eight hours ago and so far, has amassed 7.25 lakh views and over 8,000 retweets. The video has angered the netizens as well as environmentalists. The video shows a bulldozer brought down a tree, where newly-hatched Indian Cormorant chicks were living and died as it came crashing down. The spectators present at the location were shocked to see the dead birds.

Everybody need a house. How cruel we can become. Unknown location. pic.twitter.com/vV1dpM1xij

For reaching our home early,
We destroy the homes of our co habitats permanently☹️

The tree was home to several birds. While few managed to fly away, many got crushed in action. The short clip of the devastating incident has left netizens frustrated.

A user wrote, “Simply Unacceptable. When would we learn to respect this part of our ecosystem? This could have been planned a lot more sensitively,” while another user wrote, “Shocking visuals. A treeless future is scary. Poor birds became homeless.” Third comment read, “Absolutely appalling to watch.”

Kerala Forest Department has initiated legal action against the contractor, according to local publication Manorama. Indian Cormorant (known as Neerkaka in Malayalam) is a protected species under Schedule 4 of Indian Wildlife Protection Act.