The incident was caught on a CCTV and the video was shared on Twitter by the Ministry of Railways. 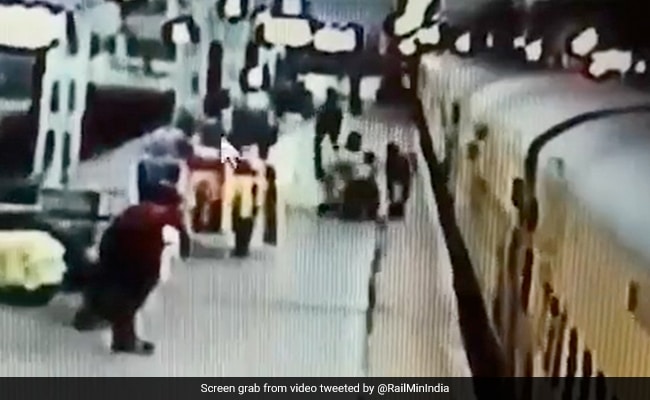 A  Railway Protection Force (RPF) officer's quick actions recently saved a man from getting under a moving train at a railway station in Pune, Maharashtra. The incident was caught on a CCTV and the video was shared on Twitter by the Ministry of Railways.

When translated the caption of the post read, "The vigilance of the RPF employee saved the life of the passenger!" "All are requested not to attempt to board/disembark the moving train, it can be fatal," it added.

In the video, a train can be seen arriving at the Pune station. But before the train even comes to a halt, a passenger is seen trying to alight at the station along with his bag. At this moment, the man loses his balance and slips on the platform.

The passenger gets dragged for a brief period of time, and even comes dangerously near the gap between the platform and the moving train. But fortunately, an alert RPF officer's quick actions saved the man's life.

Since being shared, the video has accumulated over 23,000 views and hundreds of likes.

Indian Railways often takes to Twitter to share posts asking people not to board or deboard moving trains. A while back the ministry shared another video which showed an RPF officer saving the life of an elderly woman and her son at the Bankura railway station in West Bengal.

"Passengers are requested not to board or alight a moving train," the ministry said in its tweet while sharing the CCTV footage from the hair-raising incident.