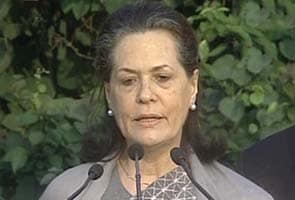 Nagpur: A woman hailing from Vidarbha region of Maharashtra, who recently became famous after appearing on quiz show Kaun Banega Crorepati (KBC), has written a letter to UPA Chairperson Sonia Gandhi threatening to commit suicide due to "atrocities" by a local Congress leader and police.

Aparna Malikar's husband, a farmer, committed suicide a few years ago due to crop failures and debt burden. Now, she has written a letter to Gandhi, threatening to commit suicide along with her father and brother. In the letter, she claims that around 8,000 widows from farmer families in Vidarbha are undergoing similar plight.

According to the letter, her husband Sanjay Malikar cultivated the family's land. But the crisis which Vidarbha cotton farmers have faced in the last decade led to indebtedness and default on bank loan repayments. It forced him to take his own life, the letter says.

Following his death, her in-laws harassed and disowned her, she alleges. Her brother-in-law is a local Congress leader, and the police did not help her, she says.

The letter says that hundreds of farmers' widows in the Vidarbha are facing similar problems. They are denied property rights or the right to cultivate the farm after the husband's death.

Promoted
Listen to the latest songs, only on JioSaavn.com
On KBC too she had spoken about the problems faced by the women in Vidarbha. The region has witnessed a slew of farmers' suicides in the last few years.