Punjab polls: Akali Dal chief Sukhbir Singh Badal said the people of Punjab have made their mind and that his party will be winning the polls with a landslide victory. 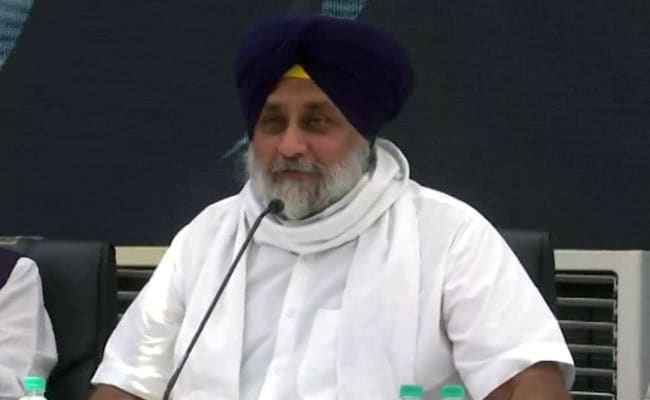 "It's the victory of the sand 'mafia'. Their Chief Minister face is a sand 'mafia'," said Mr Badal.

He further added, "People of Punjab have made their mind. We (SAD) are winning the polls with a landslide victory."

Mr Channi has been accused by opposition parties of being involved in 'sand mafia' pursuant to the Enforcement Directorate (ED) raid the house of the chief minister's relative.

The ED seized more than Rs 10 crore cash, gold worth above 21 lakh and a Rolex watch worth Rs 12 lakh from the residential premises of land mafia Bhupinder Singh Honey, a relative of Mr Channi, and others in connection with an alleged illegal sand mining case.

Punjab will go to the polls on February 14 and the counting of votes will take place on March 10.