There was no official reason assigned for the "sudden" change in the tour schedule, government sources said. 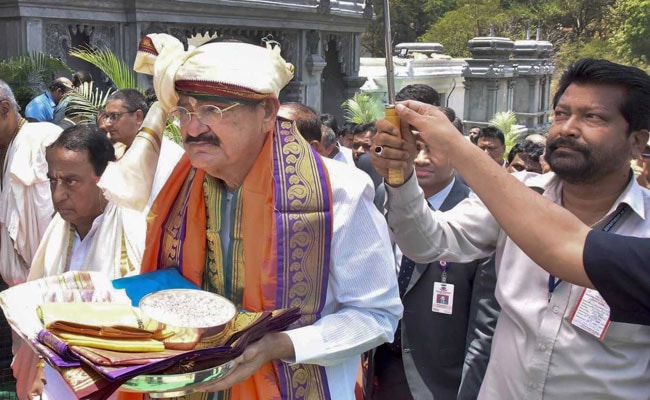 Hyderabad: Vice President M Venkaiah Naidu cut short his programmes in Hyderabad and proceeded to the national capital this afternoon.

His change of plan assumes significance in the wake of seven opposition parties, led by the Congress, initiating an unprecedented step to impeach Chief Justice of India Dipak Misra by moving a notice levelling charges against him in Rajya Sabha.

The Vice President is also the Chairman of the Upper House.

There was no official reason assigned for the "sudden" change in the tour schedule, government sources said.

"The Vice President was originally scheduled to participate in the Convocation of Tata Institute of Social Science tomorrow. He was expected to visit Swarna Bharat Trust on April 24 and leave for New Delhi."

"But he left in the afternoon today," one of the sources told PTI.

Mr Naidu reached the Telangana capital yesterday and participated in a programme organised by ISCON this morning.

He was the chief guest at a graduation ceremony of a private educational institution in the city last evening.
Comments
Venkaiah NaiduVice President