Vibrant Gujarat 2019: PM Modi will take part in a series of other programmes during his January 17-19 visit which will also cover Silvassa, the capital of the neighbouring Union Territory of Dadra and Nagar Haveli, according to the state government. 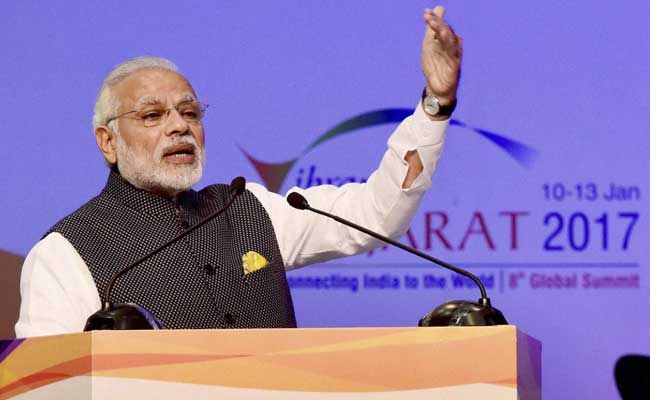 Vibrant Gujarat Global Summit is being held in Gandhinagar from January 18 to 20.

Prime Minister Narendra Modi will be on a three-day visit to Gujarat from Thursday during which he will inaugurate the ninth edition of the Vibrant Gujarat Global Summit.

The Vibrant Gujarat Summit is being held in Gandhinagar from January 18 to 20. PM Modi will take part in a series of other programmes during his January 17-19 visit which will also cover Silvassa, the capital of the neighbouring Union Territory of Dadra and Nagar Haveli, according to the state government.

Upon his arrival on January 17, PM Modi would first inaugurate the ''Vibrant Gujarat Global Trade Show'', an integral part of the biennial investor summit.

Later in the afternoon, he would inaugurate a newly built hospital in Ahmedabad, according to the schedule.

The 1,500-bed hospital has been built in the premises of VS Hospital, run by the BJP-ruled Ahmedabad Municipal Corporation (AMC).

In the evening, the prime minister would inaugurate a shopping festival on the Sabarmati Riverfront. PM Modi would address gatherings at both these places.

On the morning of January 18, PM Modi will inaugurate the three-day summit. In the afternoon, he will have one-to-one meetings with some of the heads of state who would be attending the event.

Heads of five countries and over 30,000 national and international delegates, including CEOs of major companies from India and abroad, are expected to attend the 9th edition of the summit, according to organisers.

CEOs and top executives of global companies like BASF, DP World, Suzuki, Vanguard and Maersk would also be present.

In the evening, the prime minister will take part in a "round table interaction" with the heads of global sovereign wealth funds, pension funds and institutional investors. This will be followed by a dinner with VVIP guests.

On January 19, PM Modi is scheduled to visit Hazira industrial area near Surat as well as Silvassa.

PM Modi "will visit Hazira in Surat on January 19 to mark the setting up of the Hazira Gun Factory", the government said in a statement Wednesday.

From Hazira, he will go to Silvassa "to inaugurate as well as to lay foundation stone for various projects", the statement said.

Uddhav Thackeray Appeals To PM For Help With Maratha Quota