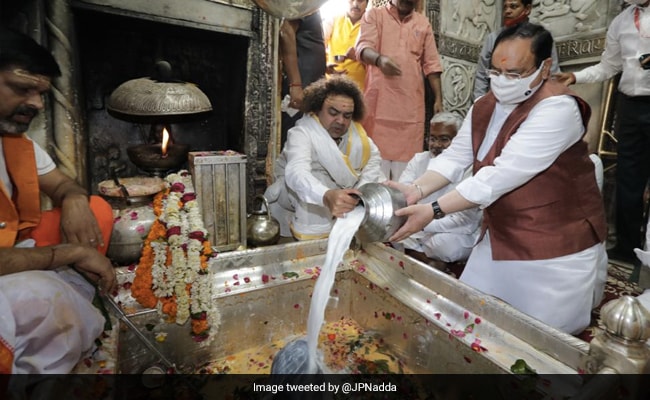 In videos and photos shared by the BJP leader on Twitter, he is seeing performing rituals at the temples. 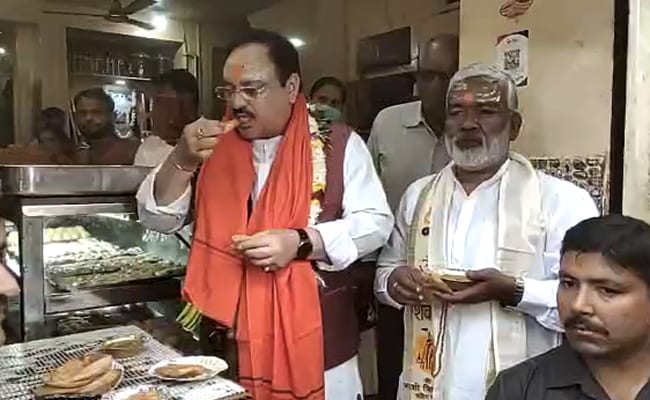 "In Kashi, I got the good fortune to pay obeisance to Baba Vishwanath. Prayed to Baba for the health, happiness and prosperity of all," Mr Nadda tweeted.

The BJP chief is also scheduled to inaugurate the newly built regional office and Prayagraj Mahavidyalaya in Rohania in Varanasi. At 7pm, Mr Nadda will interact with various social leaders in the city.

Mr Nadda is on a two-day visit to the holy city, which is also Prime Minister Narendra Modi's constituency, and will address various events.

After the temple visits, Mr Nadda told media that he is feeling very energetic after offering prayers.

"The energy and strength I have got today after the puja will be utilised for the betterment of the country and the society," he said.

"The party will also work on ways through which common people can benefit from welfare schemes of PM Modi," Mr Nadda added.

Uttar Pradesh Assembly elections are scheduled to take place in 2022. BJP had stormed back to power in the state in the 2017 Assembly polls. In the 403 member state assembly, BJP has 309 legislators.