Tamil Nadu is the fourth state that received a large number of its residents through the mission, the Centre said. 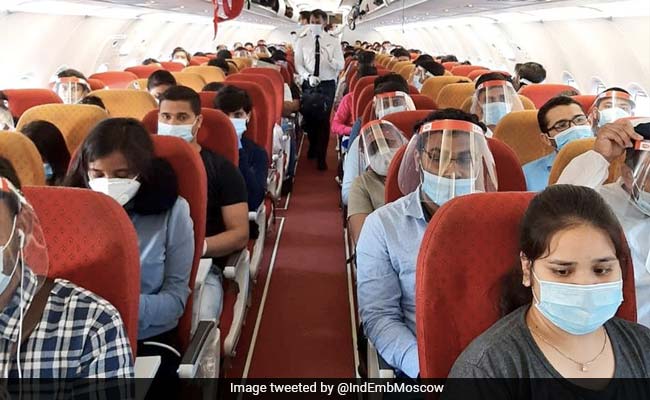 The Centre on Tuesday informed the Madras High Court that 5,03,990 lakh Indians stranded in 137 countries have been brought back to the country through Vande Bharat Mission (VBM) in less than two months.

Tamil Nadu is the fourth state that received a large number of its residents through the mission, it said.

The largest number of stranded Indians returned by VBM flights are from UAE (57,305), followed by Kuwait, Qatar, Oman, Saudi Arabia and USA.

In the fourth phase of the mission 218 more flights are scheduled to India from various countries, of which more than 25 will be landing in Tamil Nadu, he said.

Sankaranarayanan made the submissions in response to the PIL moved by DMK, alleging that the Tamil Nadu government was refusing clearance to such mission flights in the state.

When the plea came up for hearing, senior counsel P Wilson submitted that earlier the problem was of the state government refusing clearance.

Now since the state has made it clear that it has no objection to such flights, the Centre has to find a solution to bring back 25,939 residents of the state, who are still stuck in various countries, he said.

Moreover, such stranded persons who need financial assistance must be provided such help from the funds available in the Indian Community Welfare Funds, which has so far not been provided, he said.

To this Sankaranarayanan said less number of flights to Tamil Nadu does not mean that residents of the state are not returning.

Such flights do not necessarily land in Tamil Nadu. They are landing in different states and are then travelling back to the state, he said.

Recording the submissions, a division bench of Justice MM Sundresh and Justice R Hemalatha directed the centre to get instructions as to the plan for return of 25,939 residents of the state and inform the court by July 20.