The chief minister said the assembly had the right and the privilege to adopt such a resolution to protect the interests of the people of the Union Territory. 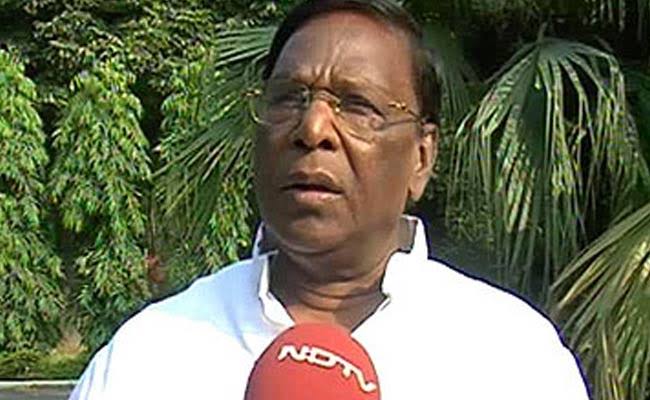 Puducherry Chief Minister V Narayanasamy on Monday said his government will not inform Lt., Governor Kiran Bedi, in advance about the proposed anti-CAA resolution to be adopted in the upcoming session of the legislative assembly.

Talking to PTI over the phone, he said the resolution would be adopted in the assembly session that is scheduled to begin on February 12.

Congress-ruled Puducherry would be the fifth dispensation to adopt the course after West Bengal, Kerala, Punjab and Rajasthan assemblies passed resolutions against the Citizenship Amendment Act (CAA).

Asked whether the LG would be informed in advance about the important resolution, Narayanasamy said, "We will not be doing so. Why should we inform her in advance? After the resolution is approved, we will send a letter to the governor."

To a question of whether not informing the constitutional head about the important decision was correct, he said, "We are ready to face any situation, come what may."

The chief minister said the assembly had the right and the privilege to adopt such a resolution to protect the interests of the people of the Union Territory.

The proposed resolution, as directed by the Congress high command to the states ruled by the party, is one more way of expressing the Puducherry government's opposition to CAA, National Register of Citizens (NRC) and National Population Register (NPR), he said.

Demonstrations, agitations, and a signature campaign have already been held in Puducherry with like-minded parties against the legislation, he added.

Under the CAA, members of Hindu, Sikh, Buddhist, Jain, Parsi and Christian communities who came to India from Pakistan, Bangladesh, and Afghanistan till December 31, 2014, to escape religious persecution there will not be treated as illegal immigrants, and be given Indian citizenship.