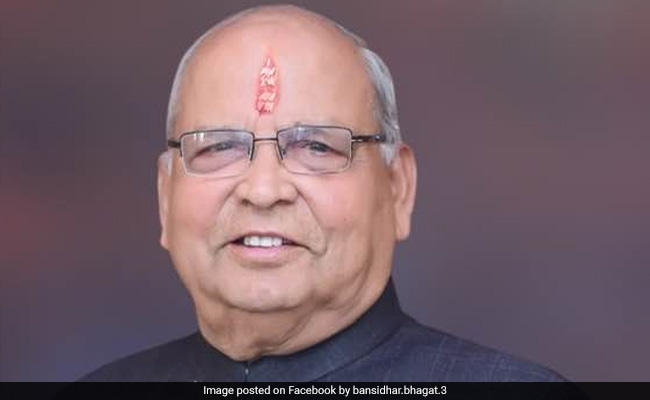 Bansidhar Bhagat was a former minister and he took over from Ajay Bhatt.

Bansidhar Bhagat, an MLA from Kaladhungi, was elected unopposed on Thursday as the new president of Uttarakhand BJP.

The 65-year-old takes over from Nainital MP Ajay Bhatt who had been given one-year extension after completing his three-year-term as the state BJP chief in 2018.

Mr Bhagat, a former minister, has been elected unopposed to the post, the party's central observer and Union Minister Arjun Ram Meghwal announced at a press conference.

Terming the 2022 Uttarakhand assembly elections his top priority, Mr Bhagat said that he will boost the morale of each and every party worker so as to ensure the BJP's victory in the polls.

Ajay Bhatt whom Mr Bhagat replaced had become the Uttarakhand BJP president in December 2015 and completed his tenure in 2018, but got an extension for a year in 2019.

Under Mr Bhatt's leadership, the BJP swept to power in Uttarakhand in 2017, winning 57 out of 70 assembly seats. The party also retained all the five Lok Sabha seats from the state in 2019.