Uttarakhand Election: The Congress also fielded Anukriti Gusain Rawat from the Lansdowne assembly seat. She is the daughter-in-law of Harak Singh Rawat, who returned to the Congress from the BJP on Friday. 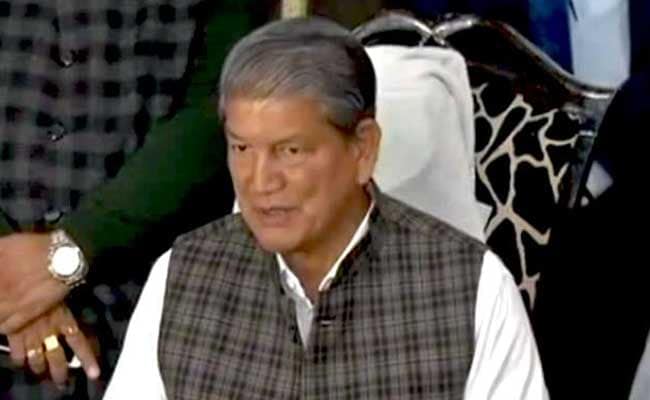 The Congress on Monday released its second list of 11 candidates for Uttarakhand assembly elections and fielded former Chief Minister Harish Rawat from the Ramnagar assembly constituency.

Harish Rawat, who is the party's campaign head in the state, had unsuccessfully contested the Haridwar-Rural and Kichcha assembly seats in the 2017 assembly polls.

The Congress also fielded Anukriti Gusain Rawat from the Lansdowne assembly seat. She is the daughter-in-law of Harak Singh Rawat, who returned to the Congress from the BJP on Friday.

The party has so far not decided on the candidature of Harak Singh Rawat and is yet to announce candidates for six more seats.

With this, the party has so far released its candidates for 64 candidates, after the first list of 53 candidates was released on Saturday night.

Uttarakhand goes to the polls in a single phase on February 14 to elect its 70-member assembly. The results will be out on March 10.

In its first list, the party has fielded Uttarakhand Congress president Ganesh Godiyal from the Srinagar seat and Leader of Opposition in the outgoing assembly Pritam Singh from the Chakrata (ST) constituency.

Yashpal Arya, a former Speaker in the state assembly, who had recently joined the Congress after quitting the BJP, has been fielded from his Bajpur-SC constituency.

Arya's son Sanjeev Arya has also been fielded from the Nainital (SC) assembly seat, which he quit after resigning from the BJP along with his father.

Sumit Hridayesh, the son of senior Congress leader Indira Hridayesh who died in June last year, has been fielded from the Haldwani assembly seat.

The Congress has also retained most of its sitting MLAs in its two lists announced so far.