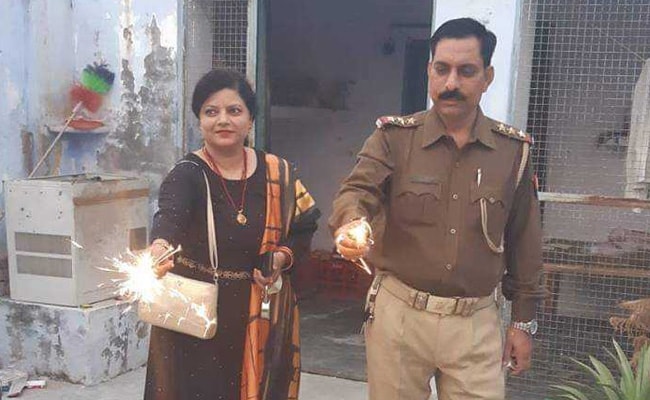 The Uttar Pradesh police on Friday donated Rs 70 lakh to the family of Inspector Subodh Kumar Singh, who was killed in mob violence in Bulandshahr on December 3. "In addition to the Rs 50 lakh compensation offered by UP government, we too have donated Rs 70 lakh on our own will," senior police officer, Prashant Kumar told news agency ANI.

The Inspector was attacked by a mob, when he and his team had gone to a village to defuse tension after cow carcasses were found in a forest. The protests escalated after activists of right-wing group Bajrang Dal came to the area and blocked a road.

The Inspector was severely wounded after he was hit on his head with a stone. His driver put him in the car and tried to take him to a hospital, but the mob followed the car, cornered it in a field and shot the police officer. He died of a bullet wound below his left eyebrow, the autopsy report had confirmed.

The key accused, Yogesh Raj, a district leader of right-wing group Bajrang Dal, was arrested earlier in January for allegedly fomenting violence at Mahaw village on December 3. The group, however, maintains that he is innocent and will be cleared of all allegations soon. Recently, Yogesh Raj was seen on posters put up across the state before Makar Sankranti and the upcoming Republic Day celebrations.

Within a month of Inspector Singh's killing, another police official, Head Constable Suresh Vats, was killed by a mob in Ghazipur, hours after Prime Minister Narendra Modi addressed a rally in the district on December 30. The attackers were identified as members of the Nishad Party, which was holding an agitation to demand greater reservation in government jobs and colleges for their community.

Opposition parties and former senior bureaucrats have accused the Yogi Adityanath government of trying to scuttle the probe into the Inspector Singh's killing. The UP government was more concerned about the dead cattle than the humans killed in the violence, the Opposition had alleged.

Yogi Adityanath described the incident as a political conspiracy. "Those giving unnecessary statements are doing it to hide their failures. Instead, they should applaud and thank the government," he told reporters.