UP's Bareilly To Get Its "Jhumka", Almost 53 Years Later

Uttar Pradesh, Bareilly: The jhumka structure will be ready by the New Year eve and will be installed in Bareilly's Parsakhera trisection. 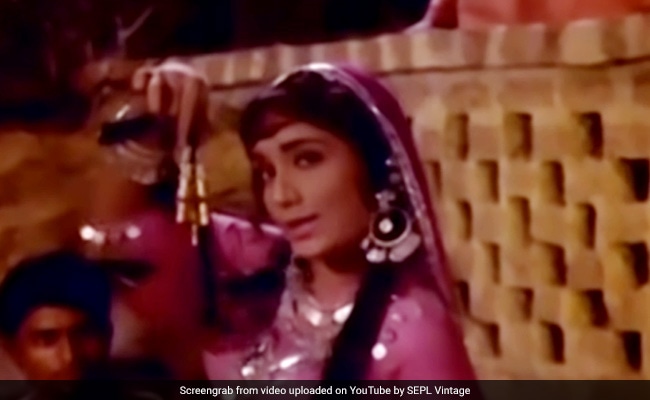 The song was from Sunil Dutt-Sadhana Starrer "Mera Saya", released in 1966 and Bareilly, since then, has been known for its "jhumka" (ear ring).

The Bareilly Development Authority (BDA) that decided a few years ago to install a "jhumka" in the city, finally installed the "jhumka" structure at Parsakhera trisection over the weekend.

According to BDA officials, around 40 per cent work remains and it is expected to be completed by the month-end.

"The jhumka will be ready by the New Year eve. The "jhumka" which is 14-feet high and weighs around two quintals is ready but the work of landscaping, beautification and lighting around the main structure remains to be done. The jhumka, which will be embedded with colourful stones and zari work, is 2.43 meters in diameter," said Bareilly Development Authority secretary AK Singh.

The "jhumka" is likely to be formally inaugurated in January.

The spot where the main structure is installed is to be developed in a manner that will give the structure a landscape look, with beautiful lighting enhancing its appeal. Trained artisans have been employed for the purpose and efforts are on to turn the area into a major tourist spot.

The Bareilly Development Authority official further said that the project had been inordinately delayed due to glitches in identifying a suitable place for setting up of the "jhumka", fund crunch and no-objection (NOC) from the National Highways Authority of India (NHAI).

In July, the Bareilly Development Authority had sought the NHAI's approval for installing a "jhumka" in Parsakhera which has now been cleared.

The Bareilly Development Authority had conceived the project around three years ago, taking a cue from a song "jhumka gira re" which popularized the city and associated it with the "jhumka", although the city has no relation with "jhumka" in reality.