Uttar Pradesh: 13 Schoolchildren Killed In An Accident In Kushinagar- Updates

Accident relief medical train has been sent to the accident site from Gorakhpur. 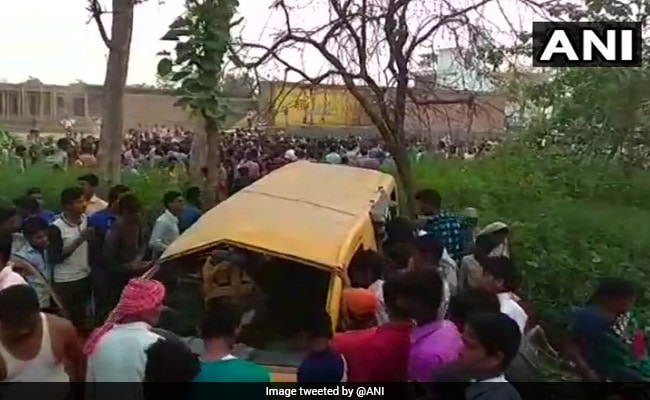 New Delhi: In a tragic accident, 13 school children were killed and 8 were injured after their school bus carrying nearly 25 students collided with a speeding train. The accident happened at an unmanned crossing in Uttar Pradesh's Kushinagar, around 50 km from Gorakhpur. Most of the children in the bus were below 10 years of age, an official told news agency PTI. Accident relief medical train has been sent to the accident site from Gorakhpur. Many, including Chief Minister Yogi Adityanath have tweeted their condolences on the tragedy.

Here are the updates of the tragedy in Kushinagar:

Apr 26, 2018 12:00 (IST)
Yogi Adityanath has said the mistake appears to be of the driver and also promised strict action.

Spoke to Railway minister. Prima facie appears to be mistake of van driver, he had earphones on & there are questions over his age too. There are rules in place, inquiry will be conducted as to why they were not followed. Strict action will be taken: CM on #Kushinagar accident pic.twitter.com/PkQLtX6riy 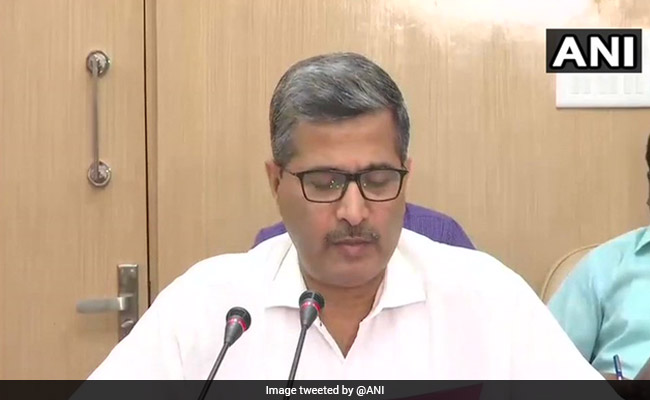 #Kushinagar accident: Uttar Pradesh Chief Minister Yogi Adityanath visits injured students & victims' families. 13 students have died in the accident, when the vehicle carrying them collided with a train at an unmanned crossing. pic.twitter.com/RnAouz1wgx

Apr 26, 2018 11:08 (IST)
A railways spokesperson said the driver did not stop the vehicle even after the "Gate Mitra" tried to stop the van. The case is of pure negligence. A huge crowd has gathered around the yellow van, which was badly smashed on impact.
Apr 26, 2018 10:34 (IST)
The injured are being treated at the hospital. 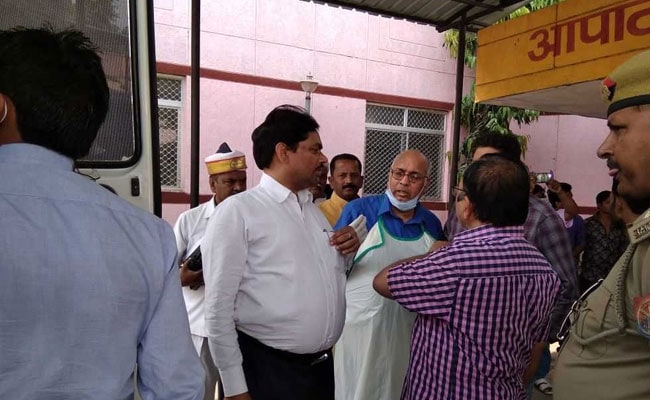 Shocked to learn about the horrific accident involving a bus carrying innocent schoolchildren in Kushinagar, Uttar Pradesh. Thoughts and prayers with the bereaved families and with those injured #PresidentKovind

I am extremely saddened on hearing about the death of 11 school students in a collision between a school van and a train in Uttar Pradesh's #Kushinagar . UP government and railway dept will take appropriate action: Prime Minister Narendra Modi pic.twitter.com/CEiDOukG6I

Apr 26, 2018 10:22 (IST)
Railway minister Piyush Goyal has also announced compensation and tweeted that senior officials would probe the accident.
Apr 26, 2018 10:21 (IST)
Chief Minister Yogi Adityanath has also announced compensation of Rs. 2 lakh for the families of the victims and instructed top officials of Gorakhpur to conduct an inquiry into the accident.

Apr 26, 2018 10:19 (IST)
The accident occurred on Thursday when the school bus of Divine Public School, carrying nearly 25 students, was passing through the unmanned crossing gate at Behpurva in Khushinagar and collided with the speeding train, an official told PTI, adding that 13 children were killed on the spot. The injured were rushed to a hospital.