No Official Events On Utkala Dibasa In Odisha Amid Coronavirus Lockdown

Utkala Dibasa: The state government has put on hold all functions, including commemoration and garlanding of statues, for an indefinite period as part of measures to fight COVID-19. 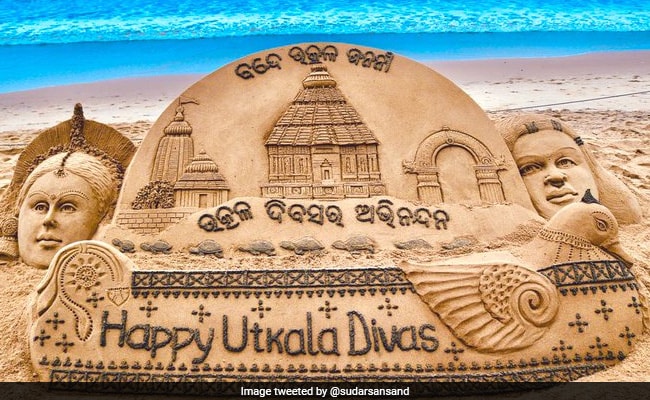 President Ram Nath Kovind, Prime Minister Narendra Modi and Chief Minister Naveen Patnaik on Wednesday greeted the people of Odisha on the occasion of Utkala Dibasa, while it was being observed without any celebrations due to the nationwide lockdown to contain the spread of the novel coronavirus.

The state government has put on hold all functions, including commemoration and garlanding of statues, for an indefinite period as part of measures to fight COVID-19.

Odisha was formed as a separate state on this day in 1936 when it was carved out of the combined Bengal-Bihar-Orissa province.

No official programme was organised to celebrate the day and the ''Rukuna Rath'' festival, which coincided with Utkala Dibasa this year, was also not celebrated in Bhubaneshwar in view of the lockdown

The Rukuna Rath of Lord Lingaraj, the presiding deity of Bhubaneswar, is held every year on the occasion of Ashokashtami.

Every year, the government and several other organisations across the state organise a host of functions to celebrate the formation day of Odisha.

"Utkala Dibasa greetings to my sisters and brothers of Odisha. Praying for Odishas constant progress and prosperity in the times to come," PM Modi tweeted.

While extending his wishes to the people, Governor Ganeshi Lal called upon all to be part of Odishas fight against the coronavirus pandemic.

The Chief Minister, in his message, also emphasized the need to combat COVID-19 with firmness and determination.

"We Odias are known for our unity, gallantry and pride. But, it is now time to show our unity, pride and self-respect to the world and not to demonstrate out gallantry. Let us fight corona with firmness and keep ourselves and our families safe," Mr Patnaik said in a twitter post.

So far, four people have tested positive for COVID-19 in the state.