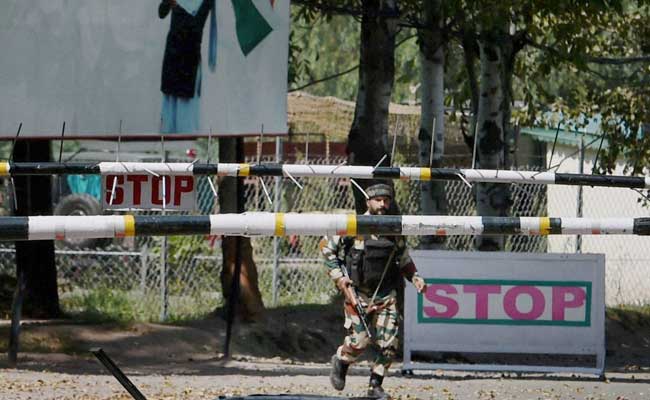 18 soldiers were killed in the attack in Jammu and Kashmir's Uri.

Srinagar: Gun-battles with terrorists in Jammu and Kashmir's Uri and Nowgam, 100 km apart, on for 20 hours now, are in the final stages, say sources after the Army thwarted two major infiltration attempts on Tuesday.

The Army said a group of about 12 to 15 terrorists tried to cross over in Uri and about four to five in Nowgam, both in north Kashmir. Many terrorists have been killed, though the exact number is not available.

A soldier died and two others have been injured in the gun-battle at Nowgam, where sanitisation and combing operations are now on to secure the area.

On Tuesday morning, the Pakistan Army violated ceasefire and fired incessantly at Indian posts in Uri for nearly 20 minutes, in what is believed to have been cover fire for the terrorists' crossing over.

The Army expects more infiltration attempts as winter sets in and is on high alert at the border, realigning security and plugging gaps.

In Uri, where 18 soldiers died in an attack by terrorists at an Army base, investigators have recovered stores with clear Pakistani markings.

The grenades and AK-47 guns that the four terrorists had carried are not readily available in the market, investigators said. Their GPS devices are being analysed to ascertain the route they took.

The four terrorists had sneaked into the military base early on Sunday morning and threw grenades and opened fire, causing the most number of deaths that the army has seen in years. The terrorists, said to be from the Jaish-e-Mohammed whose chief Masood Azhar is based in Pakistan, were killed in an intense three-hour gun-battle.

Promoted
Listen to the latest songs, only on JioSaavn.com
India has directly blamed Pakistan for the Uri terror attack and has decided to isolate the country at international forums.

The Army said on Monday that it reserves the right to respond to any cross-border terror attack "at the time and place of our own choosing".