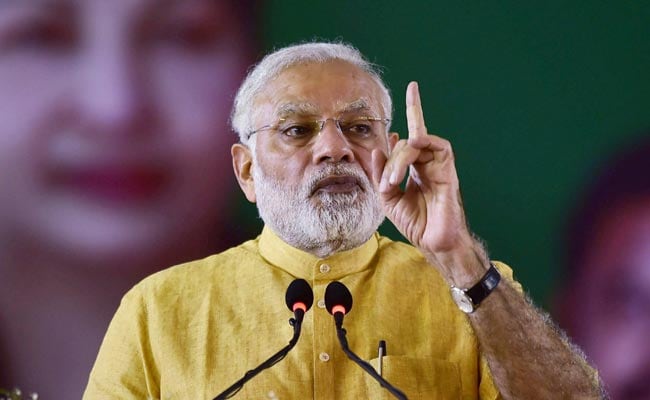 Congress refuses to attend Lokpal meet, objects to being called as "special invitee" in letter to PM Modi

New Delhi: A top committee including Prime Minister Narendra Modi and the Chief Justice of India, meets today on the appointment of an anti-corruption Lokpal but the main opposition Congress has refused to be a part of it, objecting to "special invitee" status in the meeting.

"A more apt and statesman-like conduct is expected from the prime minister of the country," Congress leader Mallikarjun Kharge has written in a sharp letter to PM Modi, refusing the invitation.

The selection panel includes the Prime Minister, the Chief Justice of India, the Lok Sabha Speaker and an eminent jurist. The rules also call for a leader of opposition, but the Congress, the largest opposition group, doesn't have enough numbers to make the cut. In 2014, when the BJP came to power, the Congress was reduced to just 44 seats in the Lok Sabha.

Two weeks ago, the top court had asked the centre to submit details on steps it has taken towards appointing a Lokpal, which has been delayed for five years. The court had earlier also said that the anti-corruption body should be set up without delay and the lack of a Leader of Opposition should not hold up the process.

The government had told the court that the Lokpal could not be appointed as there was no Leader of Opposition in the selection panel and a change in law that would allow the Congress - as largest opposition group - to be a member has yet to be approved in parliament.

Amid criticism, the government later made a concession and decided to include the largest opposition party in selection panels not just for the Lokpal but also for CBI chief, by changing the law.

Promoted
Listen to the latest songs, only on JioSaavn.com
Mr Kharge writes that the government should bring an ordinance when parliament reopens this month.

The law to set up a Lokpal or anti-corruption ombudsman was enacted in 2014 after a nationwide campaign by activist Anna Hazare that included Arvind Kejriwal and Prashant Bhushan.
Comments
Mallikarjun KhargePM Narendra ModiLokpal bill