Delhi-based Ms Sharma, an alumna of Delhi University's St. Stephen's College, said she was not expecting such a result and it was a pleasant surprise. 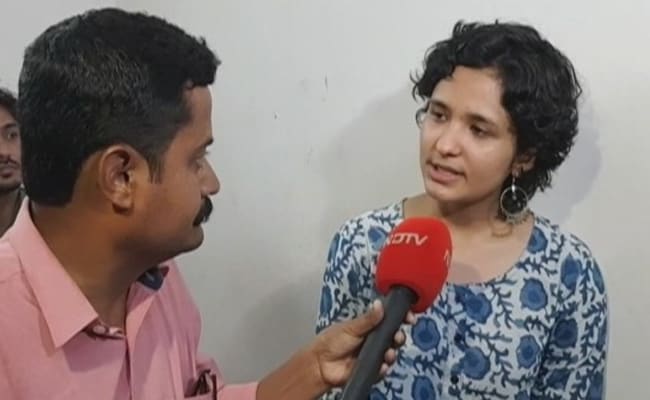 As many as 685 candidates have qualified for the prestigious test, the UPSC said.

Didn't rely much on notes from coaching centres, made my own notes regularly from newspapers and relied on NCERT books, Union Public Service Commission (UPSC) topper Shruti Sharma told NDTV about her preparation strategy in an exclusive interview. She had earlier said her "extremely supportive" parents and friends helped in her journey which required a lot of hard work and patience.

Delhi-based Ms Sharma, an alumna of Delhi University's St. Stephen's College, said she was not expecting such a result and it was a pleasant surprise.

"I was in disbelief. I was hoping for a positive result but not the first rank," she said.

Ms Sharma did her post-graduation from Jawaharlal Nehru University (JNU) and was preparing for the civils for the last four years and was a student of Jamia Millia Islamia's Residential Coaching Academy. The RCA is funded by the University Grants Commission (UGC) to provide free coaching and residential facilities to students belonging to categories such as the scheduled castes, the scheduled tribes, and minorities.

Shruti Sharma, Ankita Agarwal, and Gamini Singla have secured the first, second and third rank respectively in the civil services examination 2021, results of which were announced by the Union Public Service Commission (UPSC) on Monday.

As many as 685 candidates have qualified for the prestigious test, the UPSC said.

The civil services examination is conducted annually by the UPSC in three stages - preliminary, main and interview - to select officers of the Indian Administrative Service (IAS), Indian Foreign Service (IFS) and the Indian Police Service (IPS) among others.