As Upendra Kushwaha contemplates his party's future, three legislators have sounded a mutiny. 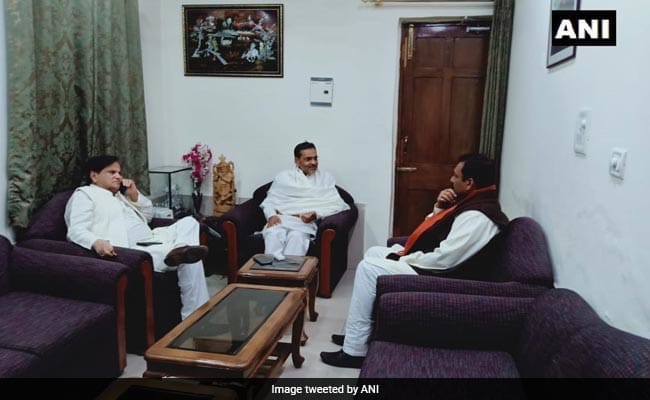 Ahmed Patel came to meet Upendra Kushwaha at his house and they discussed political issues.

RSLP spokesperson Madhav Anand said that Mr Patel came to meet Upendra Kushwaha at his house and they discussed political issues concerning Bihar. He added there was a possibility of Mr Kushwaha meeting UPA chairperson Sonia Gandhi and Congress president Rahul Gandhi in the next few days.

Mr Kushwaha's party had contested the Lok Sabha polls as a BJP ally in 2014 and had won three seats. However, their relationship was strained after Nitish Kumar's party JDU dumped RJD and joined the NDA. The rift widened over seat sharing, after the BJP reportedly offered only two seats in Bihar for the upcoming general elections. After months of bitter negotiations, Mr Kushwaha resigned from his post of a state minister earlier this week. He also announced his party's split with the alliance.

As Mr Kushwaha contemplates his party's future, three legislators have sounded a mutiny. Two members of Bihar Assembly and a member of legislative council have refused to accept Mr Kushwaha's decision to part ways with the NDA, accusing him of pandering to "personal interests".

A statement to this effect was made by party MLAs Sudhanshu Shekhar and Lalan Paswan, besides lone RLSP legislative council member (MLC) Sanjiv Singh Shyam, at a joint press conference in Patna. "We will approach the Election Commission to prove that we represent the real RLSP and enjoy the support of most party workers and office-bearers," said Mr Shyam, adding that they also want a ministerial berth for Mr Shekhar.

Addressing the media, Mr Shyam said all three were in favour of the party remaining in the ruling alliance. "However, Kushwaha cares too much for his own agenda to pay heed to our wishes," he said.