Such Accidents Are Not Deaths, But Murders: Akhilesh Yadav On UP Accident

At least 24 migrant labourers lost their lives when a trailer truck carrying them collided with another truck on Saturday in Auraiya, the police said. 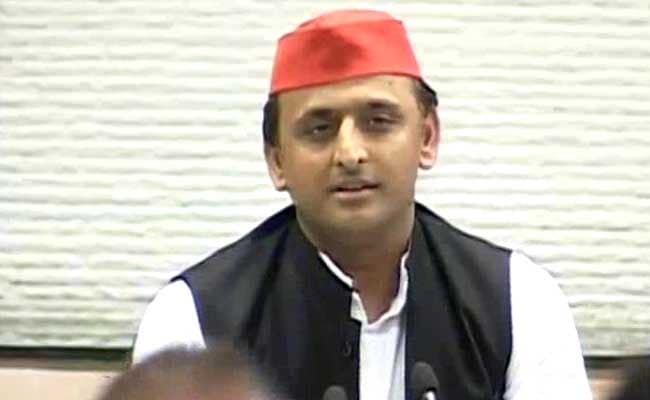 Prayers for the injured persons: Akhilesh Yadav said in his tweet.

Samajwadi Party chief Akhilesh Yadav on Saturday termed the death of 24 migrant labourers in Auraiya as "indescribable" sadness, saying such accidents are "not deaths, but murders".

At least 24 migrant labourers lost their lives and 36 people sustained injuries when a trailer truck carrying them collided with another truck in the early hours of Saturday in Auraiya, the police said.

Both the trucks were carrying the labourers. The incident took place between 3 am and 3.30 am, they said.

"Indescribable sadness on the death of over 24 poor migrant labourers in UP's Auraiya. Prayers for the injured persons. Let's see till when the silence maintained by heartless people and their supporters justify this negligence... despite knowing everything, and seeing everything. Such accidents are not deaths, but murder," Mr Yadav said in a tweet in Hindi.

In another tweet, the SP chief said his party will give Rs 1 lakh to the family of each of those dead.

"The news of the death of migrant labourers returning to their homes is heart wrenching. These are those people who run their homes. Hence, the Samajwadi Party will give Rs 1 lakh to the family of each of the deceased," he said.

Mr Yadav also accused the BJP-led state government of being "ruthless" and urged it to take moral responsibility of the incident.

"The ruthless BJP government must take moral responsibility, and provide Rs 10 lakh to each of the family of the deceased," he added.