UP Suspends District Magistrate, 4 Others Over Alleged Cow Shelter Fraud 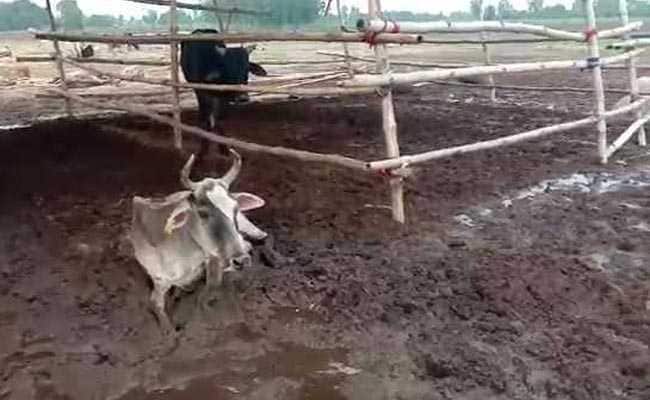 Since Yogi Adityanath came to power in UP, cow protection has been a priority (Representational)

In a highly unusual move, the Uttar Pradesh government has suspended a District Magistrate and four other officials for alleged irregularities in the state's cow protection programme. According to the state government, the five officials deliberately over-reported the number of cattle housed in the shelter to misuse public funds. While official documents showed there 2,500 stray cattle at the Madhvaliya Cow Shelter in Maharajganj district, a physical inspection revealed only 954 animals.

"As per records, there should have been 2,500 cows in the shelter but only 954 were found during inspection. The officials could not explain the absence of cows," RK Tiwari, UP Chief Secretary, said.

The state has also claimed the officials illegally leased 328 acres of land, out of the 500 acres allotted to the shelter, to farmers, companies and others.

Ujjwal Kumar has been appointed the new District Magistrate of Maharajganj.

The action against these five officials comes only a few months after eight others were suspended after cows were found dead at state-run shelters in Ayodhya and Mirzapur districts. Officials in several other districts were given warnings and multiple inquiries were ordered to review cattle shelters across the state.

After the incident, which happened in July, BJP MLA Shrikant Sharma, a minister in the Yogi Adityanath government, had warned District Magistrates that they would be held responsible for any future cases of negligence.

Since the Yogi Adityanath government came to power after winning a huge majority in 2017 state elections, cow protection has been among the top government agendas.

In January, the UP cabinet approved a plan to set up and run temporary 'gauvansh ashray asthals' under urban and rural civic bodies to house stray cattle. The move, cleared by Chief Minister Adityanath, included a 2 per cent "cow welfare cess" on profitable corporations.

Uttar Pradeshcow shelters in UP