Samajwadi Party only adopted the model of destruction and not the development of the Uttar Pradesh, said Chief Minister Yogi Adityanath. 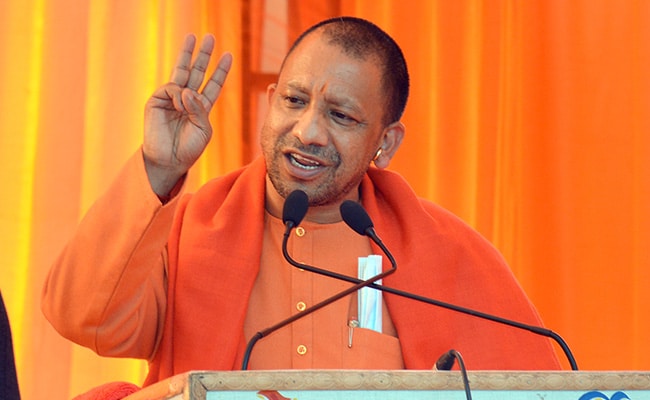 UP polls: During Samajwadi's time, development was visible only in graveyard, said Yogi Adityanath (File)

Uttar Pradesh Chief Minister Yogi Adityanath on Saturday accused the previous Samajwadi Party (SP) government of adopting a model of the destruction of the state and developing only graveyards.

"The SP government had set up factories for 'tamanchas' (country-made pistols) but we are getting defence corridors built in the state. We are building the grand Ram temple as well," the chief minister said, addressing an "Influential Voters' Dialogue" programme in Baghpat.

"The Samajwadi Party only adopted the model of destruction and not the development of the state. During their time, the development was visible only in the graveyard. Nothing was built except boundary walls of cemeteries,” he alleged.

There used to be migration of traders from western Uttar Pradesh earlier but there is no migration today as development is taking place there, he asserted. "They used to build their own bungalows but we built houses for the poor," the chief minister said.

Besides holding the dialogue programme, Mr Adityanath also interacted with party office bearers and workers, in addition to teachers, advocates, doctors, traders and farmers in the Badaut assembly segment and said there had not been a single riot in the BJP government.

Bulldozers were run on properties of anti-social criminals elements criminals, the chief minister asserted, adding that the damage to people properties during riots too was compensated by his government.

"Farmers did not get the price of their farm produce earlier and sugar mills stayed shut. The BJP government has done the work of providing the minimum support price to farmers," he said.

"The change has come now, Earlier they used to celebrate festivals only in Saifai but now a Deepotsav is celebrated in Ayodhya and Rangotsav in Braj," he said, adding the people of one family used to rig recruitments in the state before 2017.

The chief minister also inspected the "Piku Center" and holding a six-month-old child in the district hospital in his lap for a long time, blessed him by placing his hand on his head.