Uttar Pradesh minister Upendra Tiwari had said that prices of petrol and diesel were not increased much considering per capita income and added that 95 per cent of people do not need them. 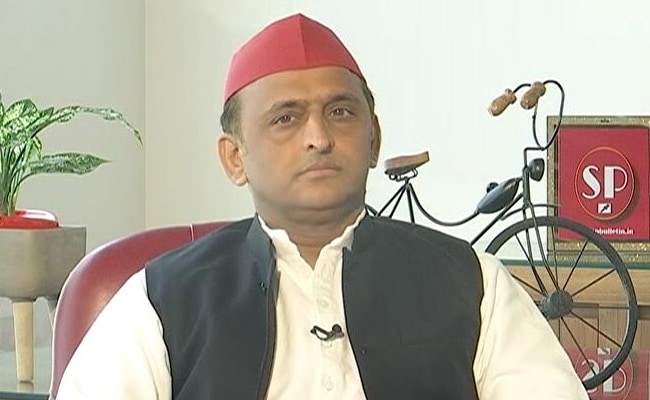 Taking a potshot at Uttar Pradesh minister Upendra Tiwari over his remark that 95 per cent of people do not need petrol and diesel, Samajwadi Party president Akhilesh Yadav today said the truth is that those people do not need the BJP.

Mr Tiwari had on Thursday said that prices of petrol and diesel were not increased much considering per capita income and added that 95 per cent of people do not need them.

The Samajwadi Party president also asked, "Does Thar need diesel?", referring to the recent Lakhimpur Kheri incident where four farmers were allegedly mowed down by a jeep (Mahindra Thar) driven by BJP workers.

While talking to reporters in Jalaun when asked about rising prices of petrol and diesel, Mr Tiwari had said, "Today, there are just a handful of people who travel in four-wheel vehicles and use petrol. At present, 95 per cent people don't need petrol."

"If you compare with per capita income, the prices of petrol and diesel have not increased much. Today, the opposition parties have no issues with them. You see data before 2014. What is the per capita income after the formation of the Modi and the Adityanath governments? Today, per capita income has doubled," he had said.