"Those Who Spent Crores... ": UP Minister's Jibe At Akhilesh Yadav

State Agriculture Minister Surya Pratap Shahi on Sunday attacked Akhilesh Yadav over one of his tweets. 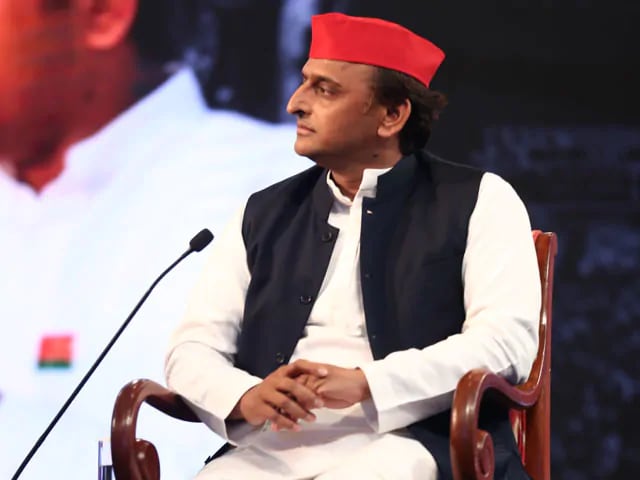 Akhilesh Yadav on Twitter made a remark on an event inaugurated by the PM. (File)

An Uttar Pradesh minister on Sunday reminded Akhilesh Yadav of the annual Saifai Mahotsava" when the Samajwadi Party chief took to Twitter and made a remark on a farmers' event inaugurated in Lucknow by Prime Minister Narendra Modi.

"Those who had spent crores of rupees during their regime on song and dance shows at Saifai Mahotsava, are talking today about the interests of farmers," state Agriculture Minister Surya Pratap Shahi said Sunday, attacking Mr Yadav.

The agriculture minister tweeted further, "I would like to point out that the BJP government last year purchased 37 lakh MT wheat and this year the figure is 53 lakh MT. Statistics will show who is the real well-wisher of farmers."

The former chief minister had tweeted recently, "On one hand, the state government is sacrificing the interests of the farmers, while on the other hand it is organising 'dhong' (fake) Krishi Kumbh."

"What type of Kumbh is it where instead of 'amrit', the farmers are getting 'vish' (poison), and they are compelled to end their lives. Instead of such theatrics, the BJP should give the price and pass on the profit to the farmers commensurate to their their hardwork," Mr Yadav had said.

Prime Minister Modi had inaugurated the three-day 'Krishi Kumbh' on Friday through video conferencing. It ended on Sunday with a participation of over one lakh farmers, said the minister.

Held at Indian Institute of Sugarcane Research, Lucknow by the state government in association with the centre, the mega agri-expo was aimed at showcasing the state's agriculture potential and provide farmers a platform to interact with experts in the field.

Talking to PTI Sunday about the maga agricultural event, the minister said, the 'Krishi Kumbh' was the first of its kind, organised in the state.

Over one lakh farmers participated in the event, the minister said, adding a large number of farmers came on their own and at their own cost and returned quite satisfied.

It provided an opportunity to the stakeholders to understand the requirements of each other for investment benefits, he said.

Making an appeal to the farmers to avoid burning stubble in their fields after harvesting paddy, Mr Shahi said, "Stubble burning does not only lead to air pollution but also leads to destruction of nourishing elements in the soil and friendly insects that catalyse the soil health."

He advised farmers to use agriculture equipments like 'Happy Seeder' and utilise the decomposed crop residue as manure.

The 'Happy Seeder' is a tractor-mounted device used to harvest the standing crop, and sow a new one without requiring fresh ploughing of the field after the last harvest.