"My Mistake": UP Official Apologises For Casteist Remarks On BSP Leaders

On August 29, the District Magistrate visited the Rampur primary school following media reports that Dalit students there were made to sit separately from the upper caste children and were served food on banana leaves. 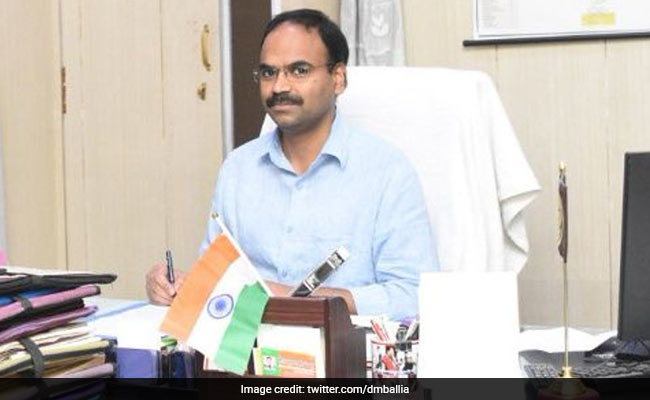 An IAS officer, posted in Uttar Pradesh, has issued a public apology after he taunted some Dalit leaders of the BSP for their "expensive clothes and cars".

"It was my mistake. It was also childish to refer to somebody's watch, shoes or car. It did not occur to me then, but now I feel it... I apologise," tweeted Bhawani Singh Khangorat, the District Magistrate of Ballia, after he was trolled on the social media for commenting on the "watches, shoes and cars" of Dalit leaders, who were visiting a primary school in the town.

On August 29, the District Magistrate visited the Rampur primary school following media reports that Dalit students there were made to sit separately from the upper caste children and were served food on banana leaves.

A team of BSP leaders had already reached the school and when the District Magistrate arrived, he said he was "astonished to find big cars parked outside the school".

"I don't know which party they belonged to but from their attire, they looked like politicians. White clothes, expensive shoes, expensive watches. It seemed they were big and rich people," he had told reporters.

Later a video clip surfaced in which the officer was seen making similar comments to BSP zonal coordinator Madan Ram. In the video, he was seen pointing to the BSP leader and saying, "Rs 25 lakh ki gadi mein safedposh" and then went on to ask the cost of his shoes and watch.

"I apologise from the bottom of my heart, with folded hands and my head bowed," he said.