Nishad Party has one MLA in Uttar Pradesh, while Sanjay Nishad's son Praveen is a BJP MP from Sant Kabir Nagar. 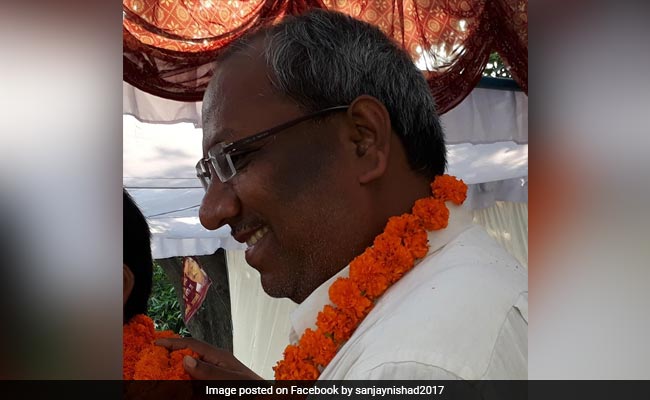 The Nishad Party, an ally of the BJP in Uttar Pradesh, has demanded that its chief Sanjay Nishad be made a deputy chief minister if the alliance wins the assembly election next year.

Nishad Party has one MLA in Uttar Pradesh, while Sanjay Nishad's son Praveen is a BJP MP from Sant Kabir Nagar.

Sanjay Nishad, who had met BJP president JP Nadda on June 16, said on Tuesday that he has demanded 160 seats for his party candidates to fight in the 2022 state elections.

"There are 160 Nishad-dominated constituencies in Uttar Pradesh. The community's population in 70 seats is over 75,000. If not chief minister, then going into the elections with me as the deputy chief minister face would benefit the BJP," he said.

He also claimed that the fishermen community no longer votes for the SP, BSP or the Congress party.

The Nishad Party chief also told reporters that he has demanded Scheduled Caste status for the Nishad community during his meeting with Mr Nadda and Uttar Pradesh minister Siddharth Nath Singh.