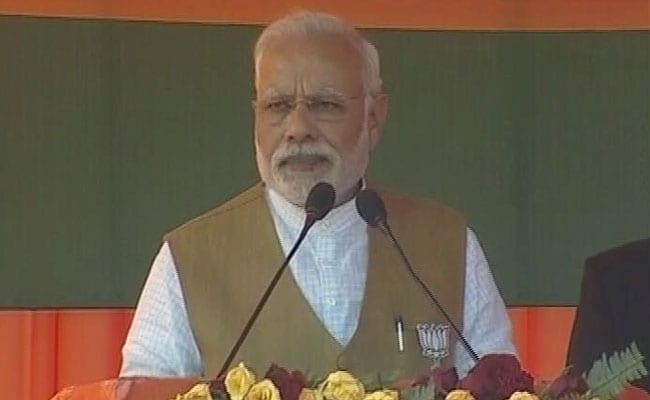 New Delhi: The Congress has said that it will approach the Election Commission against Prime Minister Narendra Modi's "controversial" remark over graveyards and cremation grounds at a rally in Fatehpur. The Congress, which has forged an alliance with the Akhilesh Yadav-led Samajwadi Party for the Uttar Pradesh elections, accused the Prime Minister of violating the Election Commission's moral code of conduct.

"Mr Modi has violated and insulted the oath he took as Prime Minister... Being the PM, he should not say these things. I hope the Election Commission takes strict notice of this," said Mr Sharma, who is also the Deputy Leader of Opposition in the Rajya Sabha.

His words were also echoed by KC Mittal, who heads the Congress' legal cell.

"We will approach the Election Commission today over his controversial remarks," he said.

Prime Minister Narendra Modi, at a rally in Fatehpur yesterday, had accused Uttar Pradesh Chief Minister Akhilesh Yadav and his government of indulging in the politics of discrimination on the basis of religion and caste.

Promoted
Listen to the latest songs, only on JioSaavn.com
The state of Uttar Pradesh is witnessing an intense, three-way election between the Samajwadi Party-Congress alliance, Mayawati-led BSP and BJP.