UP Budget 2020: This is the fourth budget of the Yogi government. Finance Minister Suresh Kumar Khanna presented the budget in the state assembly in the presence of Chief Minister Yogi Adityanath. 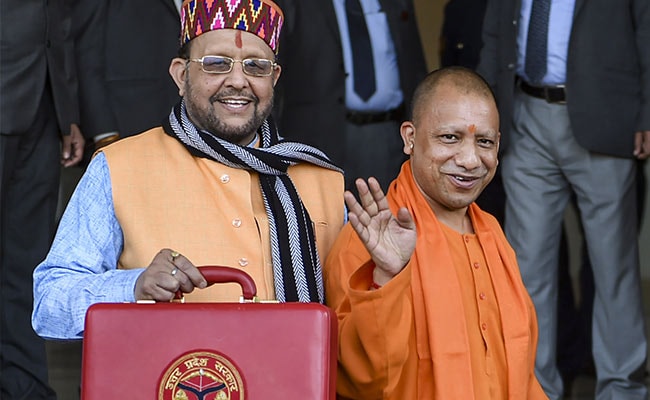 The Uttar Pradesh government today presented a Rs 5,12,860.72 crore budget for Financial Year 2020-21, which also includes Rs 500-crore allocation for constructing an airport in Ayodhya. The budget, the allocation of which is Rs 33,159 crore more than previous year's budget, has provisions for new schemes worth Rs 10,967.87 crore.

For development of the pilgrim city Ayodhya as a tourist spot, the budget has earmarked Rs 85 crore and another Rs 10 crore for renovation of Tulsi Smarak Bhawan there.

Among other major allocations for Ayodhya, where the construction of a Ram temple is expected to begin in couple of months, was Rs 500 crore for an airport.

The budget also earmarked Rs 180 crore for setting up a cultural centre in Varanasi and Rs 200 crore for expansion and beautification of Kashi Vishwanath temple.

Finance Minister Suresh Kumar Khanna presented the budget in the state assembly in the presence of Chief Minister Yogi Adityanath.

This is the fourth budget of the Yogi government.

BSP leader Lalji Verma described the budget as "directionless", to which Speaker Hriday Narain Dixit said that the members would get opportunity to speak during discussion on the budget.

After deducting total expenditure from the receipts of consolidated fund, a deficit of Rs 12,302.19 crore is estimated.

Net receipts of Rs 8,500 crore are estimated from public account.

Fiscal deficit of Rs 53,195.46 crore is estimated in the financial year 2020-21, which is 2.97 per cent of the Gross State Domestic Product estimated for this fiscal.

The state's debt liability is estimated to be 28.8 per cent of the state''s Gross Domestic Product.