Uttar Pradesh minister Brijesh Pathak was among the thousands who turned up to pay tribute to the deceased. A number of lawyers were also present. 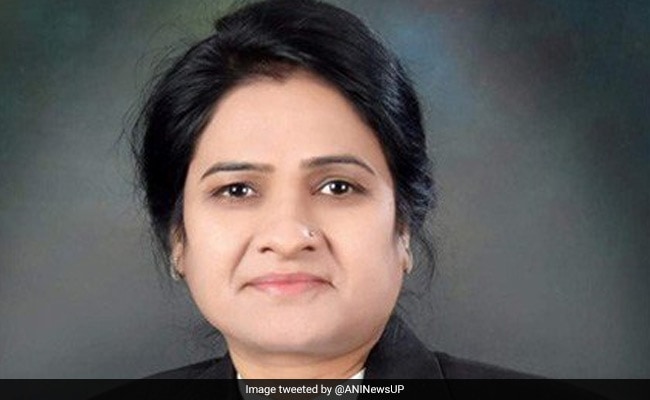 The mortal remains of Uttar Pradesh Bar Council president Darvesh Yadav, who was shot dead on Wednesday, were consigned to flames in her native Chandpur village in Etah district.

Uttar Pradesh Minister Brijesh Pathak was among the thousands who turned up to pay tribute to the deceased. A large number of lawyers were also present on the occasion.

Family members of Darvesh Yadav, meanwhile, demanded a CBI inquiry into the murder and alleged that Manish Sharma (who shot Darvesh Yadav) had embezzled funds which apparently led to her murder.

Manish Sharma had shot himself after killing Darvesh Yadav and is admitted to Medanta hospital in Gurugram in a critical condition.

Darvesh Yadav had been elected as Uttar Pradesh Bar Council president on Sunday and had attended her felicitation ceremony in the court on Wednesday.

Shortly after the felicitation ceremony, Yadav was sitting in a lawyer's chamber when Manish Sharma came in and shot her dead. He pumped three bullets into Darvesh Yadav's head and chest and then shot himself in the head, too.

Following the incident, the state government has upgraded security arrangements in all courts.