Apart from UP and Uttarakhand, all other states have the provision of anticipatory bail, an official said, adding that this provision was revoked in the state in 1976. 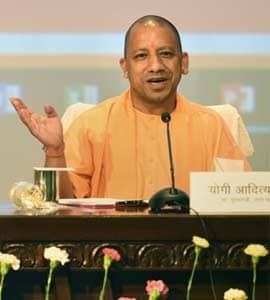 There has been no provision of applying for anticipatory bail in UP for over four decades.

The Uttar Pradesh Assembly today approved a key bill that will pave the way for the re-introduction of the provision of anticipatory bail, which was revoked in the state during the Emergency in 1976.

The Code of Criminal Procedure (Uttar Pradesh Amendment) Bill, 2018, aims at  restoring the provision of anticipatory bail in the state.

There has been no provision of applying for anticipatory bail in UP for over four decades.

The bill passed today will be sent to the Union government for final approval as it proposes amendments for Uttar Pradesh in section 438 (anticipatory bail) of CrPC.

One of the proposed amendments is that it will not be necessary for the accused to be present during the hearing for the anticipatory bail.

It also proposes certain mandatory conditions or riders to be imposed by the court before considering granting anticipatory bail, including not allowing the provision in case of serious crimes where death sentence is likely.

Apart from Uttar Pradesh and Uttarakhand, all other states have the provision of anticipatory bail, an official said, adding that this provision was revoked in the state in 1976.

"There will be no anticipatory bail in cases where the punishment is death sentence and also cases under the Gangster's Act," he said.

In 2009, the State Law Commission had also made a recommendation for re-introduction of a modified bill.

In 2010, a bill in this regard was cleared by the state Assembly and sent to the Centre for approval. However, it was put on hold. The then Mayawati government had passed a bill that year and sent it to the President but it was sent back a with suggestions for some modifications.

Last month, in an application pending before the Supreme Court, the state government had given assurance that the provision would be re-introduced.

A committee, headed by the Principal Secretary (Home), which included the director general (prosecution) and officials of the law department  had studied the shortcomings of the past and utilisation of the provision in other states.

"Under the section 438 of the CrPC, imposing conditions or riders before such bail, has been left to the discretion of the court. However, in the UP amendment, we have made certain riders mandatory  like the accused would have to be present for interrogation whenever required by police, the accused will not threaten anyone directly or indirectly involved with the case and that the accused will not leave the country without the permission of the court," a home department official said.

Another amendment is that the court would have to decide on the application for anticipatory bail within 30 days of filling of such an application.

"West Bengal has this provision," the official pointed out.

The provision of anticipatory bail, which was repealed in UP during Emergency by then chief minister Hemwati Nandan Bahuguna to rein in protests against Congress Party, is all set to be to be restored once again after more than 40 years.