The lawyer, who was admitted to the same hospital as the rape survivor, has begun breathing without the help of a ventilator. 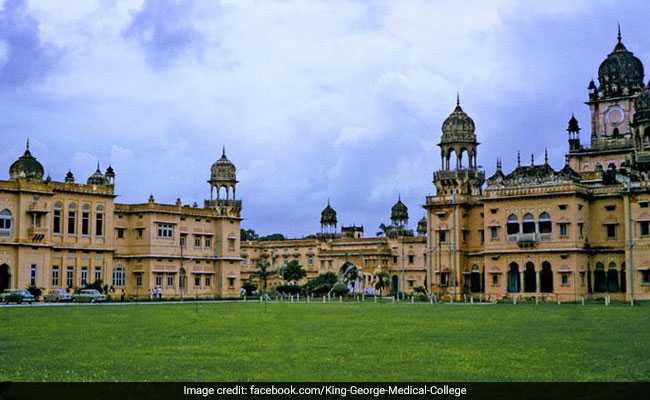 The King George Medical University, where the rape survivor and her lawyer are admitted.

The Unnao rape survivor has contracted pneumonia days after being admitted to Lucknow's King George's Medical University in a critical condition, hospital authorities said in a press release issued today. Her condition is "critical but stable" and blood pressure medicines are being administered to prevent any further deterioration in health, it added.

The 19-year-old woman, who has accused expelled BJP lawmaker Kuldeep Singh Sengar of raping her at his residence in 2017, was travelling with her advocate and two aunts on July 28 when their car was hit by a speeding truck in Uttar Pradesh's Rae Bareli district. Her relatives died in the accident, which many claim was orchestrated by the politician and his brother -- Atul -- to get back at the rape survivor.

The lawyer -- admitted to the same hospital as the rape survivor -- is showing signs of improvement, the release said. "The male patient is breathing without the help of a ventilator," the press release stated, adding that both are still in an unconscious state.

The rape survivor's family has alleged that the accident was a "plot to eliminate" her. None of the security personnel deputed to guard the woman accompanied her on Sunday's trip. According to a first information report filed by the rape survivor's uncle after the accident, the police personnel on her security detail kept Kuldeep Sengar informed about her travel plans.

The CBI, which has been given a 14-day deadline to finish probing the case, visited the scene of the crash on Friday to re-create the incident in the presence of forensic experts. The top court had also transferred all five cases registered in connection with the Unnao rape incident from a court in Lucknow to another in Delhi with directions that the trial be completed within 45 days.

Meanwhile, offers of assistance continue to pour in for the rape survivor and her family. The latest person to offer a helping hand was Madhya Pradesh Chief Minister Kamal Nath, who invited them to relocate to his state. "I appeal to the victim, her mother and family members, who have decided to leave Uttar Pradesh as it is unsafe, to settle in Madhya Pradesh. Our government will provide full security to the entire family," Mr Nath said in a tweet.

The Chief Minister said his government will ensure that all needs of the rape survivor and her family are fulfilled. "We will treat her like a daughter of the state," he added.