The young woman died of a cardiac arrest at a Delhi hospital - where she had been airlifted on Saturday. The main accused had just been released on bail a week earlier 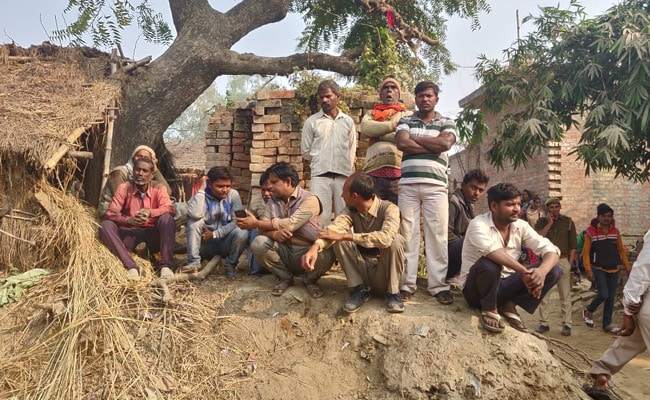 Last rites were performed today for the 23-year-old woman who died late Saturday night after being set on fire by the men accused of raping her. The young woman's body, kept at her home in Uttar Pradesh's Unnao district while her family demanded Chief Minister Yogi Adityanath visit them, was buried after a two-hour meeting with the senior-most official of the division.

The Uttar Pradesh government has paid compensation of Rs 25 lakh and promised a pucca (brick) house will be built for the family. They have also been granted police security to protect against similar attacks. The state has also promised it will fulfil any other demands that will be made by the family.

Earlier the sister of the young woman, who suffered 90 per cent burns in a ghastly attack that occurred while she was on her way to court to testify against her rapists, said she wanted a government job to help support her parents.

The young woman died of a cardiac arrest at Delhi's Safdarjung Hospital, where she had been airlifted on Saturday. The main accused in the case had just been released on bail a week earlier.

The young woman's father told NDTV on Saturday that he wanted justice for his daughter.

Heavy police presence has been deployed around the young woman's home village.

Ms Gandhi Vadra, who visited the victim's family, was quoted by news agency ANI as saying, "There is no place for women here".

Former Chief Minister Akhilesh Yadav a protested outside the Assembly in Lucknow demanding the resignation of Yogi Adityanath. "The Chief Minister had said in this very assembly, 'apradhiyon ko thok diya jayega' (convicts will be shot)... but they could not save the life of a daughter," he said.

Mayawati, also a former Chief Minister, alleged "not a single day goes by without a case of crime against women in Uttar Pradesh."