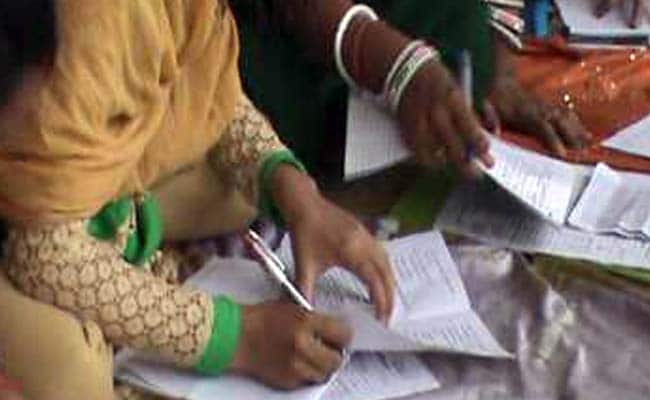 Patna: Darbhanga University has cancelled the third year examinations at a college in Bihar's Samastipur District, and announced the date for a fresh examination. The decision came after an NDTV report revealed large-scale cheating in the exam on Friday. The fresh exam would be held at the Samastipur college on June 29, the varsity has announced.

An NDTV team had visited the college on Saturday to find 3000 students giving exams in a space that was meant to accommodate only 800 students. A vast number of students, most of whom were seated on the floor or in the corridors, were copying using books, pages torn from books and also from mobile phones.

The exam centre in-charge had expressed helplessness at the mass copying that was going on, saying the authorities were coping with the situation to the best of their abilities.

In March this year, the Bihar government had been taken to task by the Patna High Court over large-scale copying in the matriculation examinations, leading to exams being cancelled at some centres and the arrest of parents and cops who aided in the cheating.

The copying scandal also comes at a time when the focus is on some universities in Bihar, from where AAP lawmaker and former Delhi Law Minister Jitender Singh Tomar allegedly got fake degrees.