Prabal Patel was among seven men arrested in connection with an attack on a group of persons at Gotegaon town on Monday night that left five people injured. 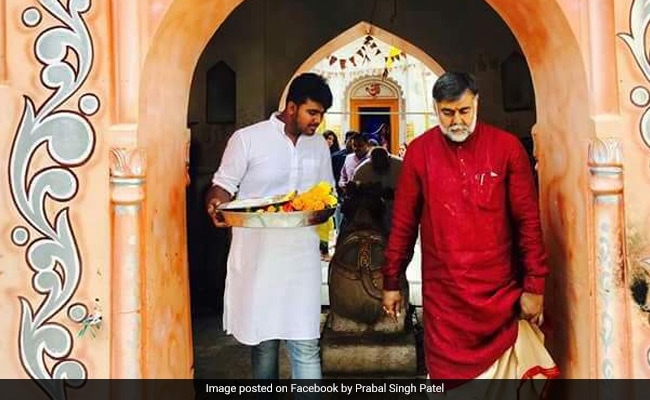 Prabal Patel was arrested in an attempt to murder case. (File)

A local court on Wednesday sent Union minister Prahlad Patel's 26-year-old son Prabal Patel, who was arrested in an attempt to murder case, to police custody for a day.

Prabal Patel was among seven men arrested in connection with an attack on a group of persons at Gotegaon town on Monday night that left five people injured.

Efforts have been intensified to arrest the minister's nephew, Monu, and four others also wanted in connection with the case, police said.

Judicial Magistrate Ajay Singh sent Prabal to a one-day police custody on Wednesday. Six other accused were remanded in judicial custody till July 1.

Prabal Patel, a resident of Kisani Mohalla in Gotegaon, has been named as the main accused in the case, police officials added.

Prahlad Patel, the BJP MP from Damoh, was recently inducted in the Union cabinet as the Minister of State (Independent Charge) for Tourism.

Monu Patel (27), who is at large, is the son of Prahlad Patel''s younger brother Jalam Singh Patel, a former Madhya Pradesh minister and sitting BJP MLA from Narsinghpur.

As per the complaint, Himanshu Rathore and Rahul Rajput were returning home after attending a marriage ceremony when they were allegedly intercepted and abused by Prabal Patel and his associates.

They were taken to Monu Patel's office and beaten up, the complainants alleged.

Later, the accused took the duo to the residence of one Shivam Rai, where they beat up Shivam, his father Ishwar Rai and his friend Mayank. Gunshots were also fired and one of the bullets hit Rathore, injuring him in the hand, the complaint said.

Police are yet to find out what led to the attacks, the officials said.

The accused were booked under IPC sections 307 (attempt to murder) and 365 (kidnapping with intent to wrongfully confine a person), they added.

Jalam Patel has, however, claimed that his son Monu and nephew Prabal Patel were not present at the crime spot.