Mahesh Sharma also hit out at the Congress for its culture of "political dynasty". 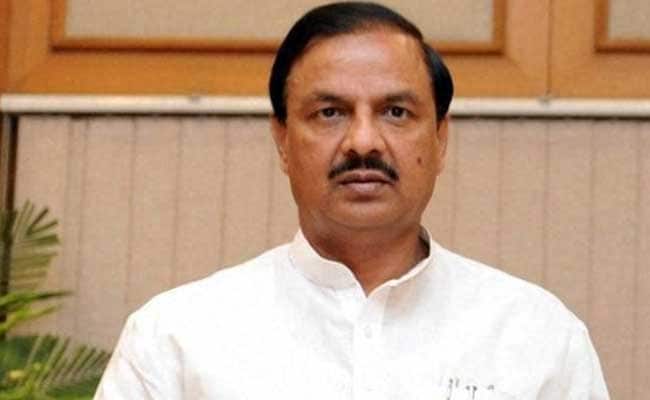 Neither the BJP nor Prime Minister Narendra Modi support derogatory statements against any "daughter of the country", Union Culture Minister Mahesh Sharma said on Wednesday.

"The BJP is a party with discipline. If a person, be it an MLA or anybody else, makes any derogatory statement against any daughter of this nation, we do not support it," Mr Sharma told reporters on the sidelines of an event here.

"Neither the prime minister nor our government or our party president has ever supported such statements," he said.

However, Mr Sharma hit out at the Congress for its culture of "political dynasty", which he said has only furthered with Priyanka Gandhi Vadra taking a plunge in active politics.

"Now, the Congress has truly become a party of Maa, Beta aur Beti (it has become of party of mother, son and daughter)," he said.

The Lok Sabha MP also trained guns at Mayawati's Bahujan Samaj Party (BSP) and Akhilesh Yadav''s Samajwadi Party (SP) which have forged an alliance in Uttar Pradesh for the general elections, in a bid to challenge the BJP juggernaut.

"This is an alliance of the opportunists and is hardly going to make any difference. Even if believe, that they are going to win 38 seats each in UP, considering they win on every seat, then also their total would be 76, while it requires at least 272 seats to form a government at the Centre. The SP and BSP cannot do it, they only want a weak government," he said.

Mr Sharma also dismissed a US intelligence report suggesting a strong possibility of communal violence in India ahead of the Lok Sabha polls due in April-May. "I am not ashamed to say that I am a Hindu nationalist, I am proud to say that. The second thing, whenever the BJP has governed any state or has been in power at the Centre, as we were under Atal Bihari Vajpayee and now almost five years under PM Modi, has there been any communal statement?" the Union minister asked.

"There are people who have been using communalism as a political tool. They have been bringing this up because they have nothing else to say. Our leaders and our government do not believe in casteism or communalism," Mr Sharma asserted.

He also trashed critics who have dubbed as "political gimmick" the Centre'' decision to move the Supreme Court seeking permission to return the "surplus" land acquired around the disputed Ram Janmabhoomi-Babri Masjid site in Ayodhya to original owners.

"Lord Ram is the centre of faith for crores of people whose sentiments are attached with the temple. It is not an issue of politics but that of faith, and faith never changes," he said.

"Our party has always favoured a Ram temple in Ayodhya. Whatever obstacles crop up, our government is determined to pave the way for the temple and all possible solutions within the framework of the Constitution would be used," he added.

Mr Sharma said the decision was taken in response to public sentiment.

People showed their anger in different ways over the "delay" in the Supreme Court''s verdict in the case and our government responded by presenting the case before the top court again, he said.

The Gautam Buddh Nagar MP also lashed out at the Opposition for disrupting the Winter Session of Parliament and said it should play a constructive role in the upcoming Budget Session.

"This is going to be the last session, the Budget Session. The people always have some expectations and we are working towards fulfilling them. All our budgets have been focussed on the common man," Mr Sharma said.

"The Opposition should play a constructive role, but it has been seen that they just disrupt the proceedings of the House without any issue," he said.