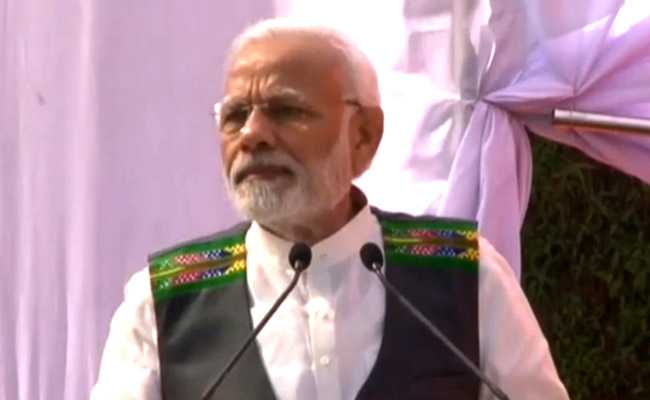 PM Modi had earlier announced houses to all households across the country. (File)

In every three months several housing projects are being sanctioned and execution of projects under PMAY is excellent, the minister said. The 'Housing for All' mission would be achieved by third quarter of 2020 instead of 2022, he added.

He said Rs 60,000 crore under National Urban Housing Fund has been provided as Extra Budgetary Resources especially for PMAY.

The Minister said: "There is a good response from the states and Union Territories and nearly two-three lakh houses are being sanctioned every month. The target is to cater to the demand of housing shortages of nearly 1.2 crore in the country and make housing available to all."

Prime Minister Narendra Modi had earlier announced houses to all households across the country under the "Housing for All" mission by 2022, when the country will celebrate its 75th anniversary of Independence.

After reviewing the implementations of the five flagship programmes of the Union Housing and Urban Affairs Ministry in the eight northeastern states, Mr Puri said more than 2.3 lakh houses have been sanctioned for the urban poor under the PMAY (Urban) in the northeastern states during the past four years.

He said 12 towns of northeastern states have been included in the Atal Mission for Rejuvenation for Urban Transformation for providing water taps to all urban households, besides improving water supply to the normative level of 135 litres per capita per day, expanding sewerage and drainage networks, promoting non-motorised transport and development of open spaces in mission cities.

"Namchi city in Sikkim has made tremendous progress under the Smart City project," he stated.

Nagaland is the first northeast state which has become Open Defecation Free (ODF). Assam, Tripura and Arunachal Pradesh will achieve ODF status by December and the remaining northeastern states would achieve ODF within the next two months, Mr Puri added.

Ministers, top officials of northeastern states, and Secretary of the Union Ministry of Housing and Urban Affairs Durga Shanker Mishra were present for the two-day review meeting.