The arrest of a Lashkar-e-Taiba terrorist resulted in the discovery of the underground bunker located in an orchard in Sopore region. The concrete shelter measured 17 feet in length and six feet in width.

Security personnel busted an underground bunker used as a training centre for terrorists in Jammu and Kashmir's Sopore on Monday.

According to sources, the arrest of Lashkar-e-Taiba operative Tariq Channa led security forces to the hideout located at an orchard in Sopore's Brath area. An underground shelter measuring 17 feet in length and six feet in width, it was tailor-made to train terrorists in handling explosives.

"It's a concrete bunker. We recovered ammunition, among other items, upon raiding the place," a senior police officer told NDTV.

According to the officer, Lashkar-e-Taiba operatives would use the shelter to hide from security forces as well. "There is a lot of pressure on terrorists and nobody is supporting them in villages anymore," he claimed, citing how people no longer turn up in large numbers at their funerals. 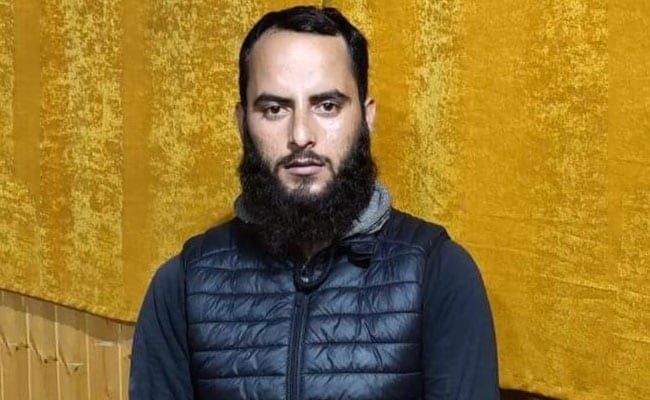 Tariq Channa had been hiding in the underground shelter with two others for many weeks until his arrest two days ago. A probe revealed that the orchard belonged to the maternal uncle of another Lashkar-e-Taiba terrorist, Sajad Haider.

Police described Sajad Haider as a high-level terrorist responsible for holding recruitment drives in South Kashmir. "This is where he used to train new recruits before sending them off to join the ranks of terrorists," an officer said.

Security officers on the ground claim that support for terrorism has diminished significantly over the last two years. "There was a lot of support for terrorists in 2017, when they would even make hartal calls from mosques. Public support was visible on the streets in 2018 too, but it was diminished. The support's there even now, but it's more tacit than overt," a third police officer said.

Union Home Minister Amit Shah will be briefed on the ground situation in Jammu and Kashmir by newly appointed Lieutenant Governor GC Murmu in New Delhi on Tuesday. This will be his first review of the region since its bifurcation on October 31.