The Army has launched a massive counter-insurgency operation along the Assam-Arunachal Pradesh border. 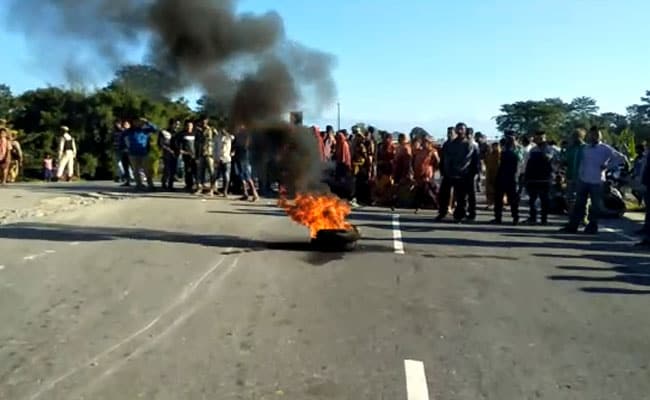 All the victims in the attack by ULFA-I terrorists were Bengalis, the police said.

Initial reports said the terrorists belonged to the the ULFA-Independent faction led by Paresh Baruah. The terrorists wore battle fatigues and randomly picked five people at gunpoint from Kherbari Bisonibari area and killed them by the bank of the Lohit river, reports said. All the victims were Bengalis, the police said.

The Army has launched a massive counter-insurgency operation along the Assam-Arunachal Pradesh border. The Assam Rifles is keeping a vigil on the porous Indo-Myanmar border.

Several Bengali organisations have called for a 12-hour bandh in Tinsukia district today to protests the killings. West Bengal Chief Minister Mamata Banerjee has also said the Trinamool Congress will take out rallies across the state.

Here are the updates on Tinsukia incident:

Nov 02, 2018 15:16 (IST)
A bandh, called by All Assam Bengali Federation, was being observed on Friday in the district, in protest against the attack.
Vehicles were off roads and shops were closed. No untoward incident was reported till 9 am, a police officer said.
Meanwhile, Krishak Mukti Sangram Samiti leader Akhil Gogoi said "a third force" might be responsible for Thursday's attack.
Talking to a local TV channel, Mr Gogoi said, "A third force may be involved in the killing, as some BJP, RSS,  and Congress leaders have been making inflammatory remarks, of late, against the Assamese-Bengali communal harmony.
Nov 02, 2018 15:07 (IST) 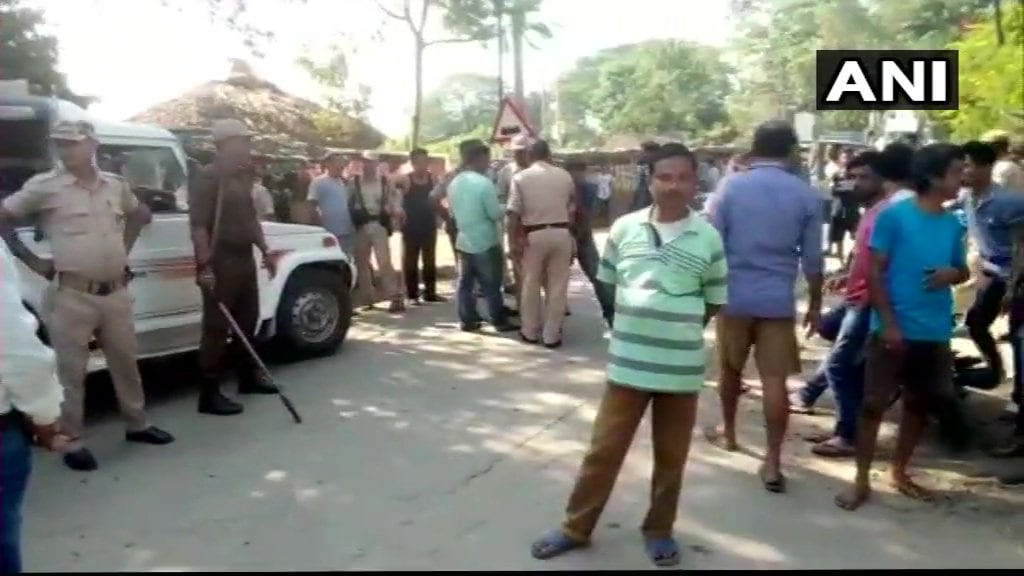 All Assam Bengali Youth Students Federation has called a 12-hour shutdown in the district today.
Nov 02, 2018 14:26 (IST)
Several roads in Tinsukia district were blocked with burning tyres, while shops, markets, educational institutions and banks remained closed during the 12-hour district bandh called by All Assam Bengali Federation since 5 am Friday.
The demonstrators raised slogans and took out rallies demanding security for Bengali people in the state.
Nov 02, 2018 14:21 (IST)
A survivor of the said that the assailants had come in two groups and carried out the attack. The man, identified as Sahadeb Namasudra, told reporters he had a providential escape as he fell off a bridge where the gunmen had lined him up along with five others before opening fire at them.
Namasudra along with two others had been called out from a shop below the Dhola-Sadiya bridge in Kheronibari village on Thursday evening by three men in battle fatigue and their faces were covered with cloth.
Three more villagers were brought to the same spot by another group of three gunmen between 7.30 pm and 8 pm, Mr Namasudra said.
The second group of assailants came in motorcycles and spoke with them in Hindi.
The gunmen ordered all the six men to sit in a row on the bridge, Mr Namasudra said, adding they also took away his mobile phone.
The gunmen then opened fire but Namasudra who was sitting at the end of the bridge fell below.
Though he was not injured he became unconscious out of fear and nervousness.
Nov 02, 2018 14:10 (IST) 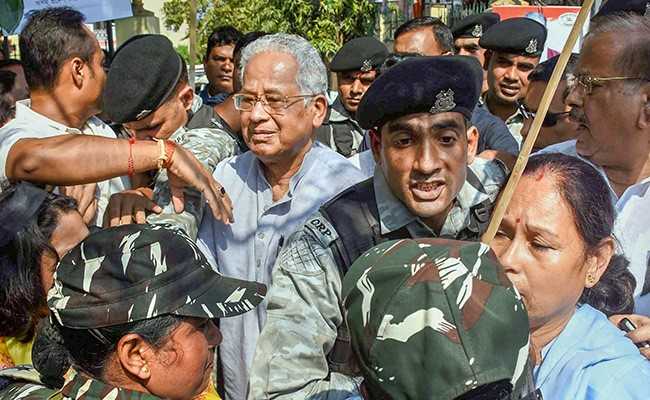 Disturbed to hear about the horrendous #AssamKillings of 5 innocent citizens at #Tisukia by ULFA. I am assured that CM Shri @sarbanandsonwal ji will take strict action to search for these criminals and penalise them for this heinous crime against humanity.

Nov 02, 2018 11:19 (IST)
Congress has demanded a CBI probe into the killing. The party also said it will join the protests called by Trinamool Congress.
Nov 02, 2018 11:05 (IST)
Union Home Minister Rajnath Singh also condemned the attack on Twitter. "Deeply anguished by civilian casualties in an attack in Upper Assam region. It is a reprehensible act of mindless violence. Spoke to Assam CM Shri @sarbanandsonwal regarding the incident and asked him to take strict possible action against the perpetrators of this heinous crime," he said.
Nov 02, 2018 10:59 (IST)
Police have summoned pro-talk ULFA leader Mrinal Hazarika. He had recently made a provocative speech on the presence of Bengali organisations in the state. His comments had led to wide scale protest.
It is not immediately known if the police has summoned Mr Hazarika in this context. He is being interrogated at the Panbazar Police Station but the chances of his arrest cannot be ruled out.
Nov 02, 2018 10:47 (IST)
The Army has launched a massive counter-insurgency operation along the Assam-Arunachal Pradesh border. The Assam Rifles is keeping a vigil on the porous Indo-Myanmar border.
Nov 02, 2018 10:38 (IST) 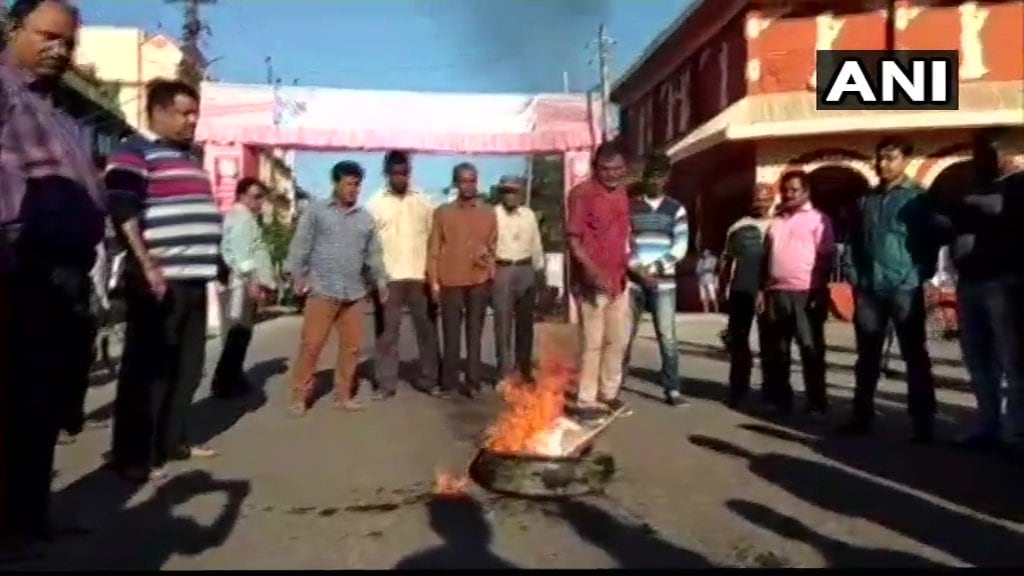 In solidarity, on #ProtestDay to condemn the brutal killings of Bengalis by a State ruled by the #BJP, we are turning our Twitter/FB DPs into black. Street protests throughout #Bengal. Please turn your DP into black for today

We will take strongest action against the perpetrators of this heinous crime. I have directed all law enforcing agencies to maintain peace and take stern action against anybody trying to destabilise our peaceful society and state. 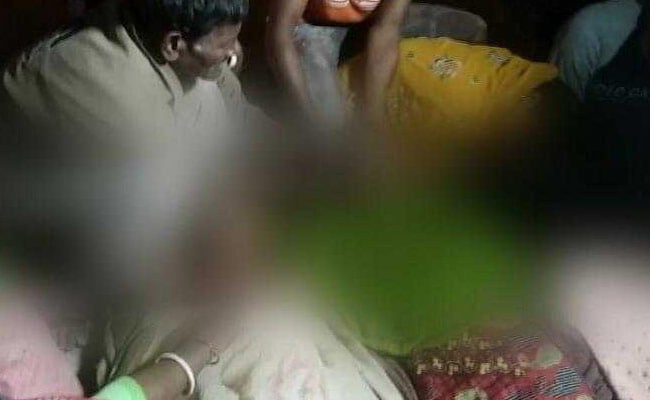 All the victims are from Bengal, the police said. The victims have been identified as Shyamlal Biswas, Ananta Biswas, Abhinash Biswas, Subal Biswas and Dhananjay Namashudra, the police said.
Nov 02, 2018 09:04 (IST)
ULFA has denied role in the attack. According to reports, the attack was carried by Paresh Baruah faction of the terrorist group.
Nov 02, 2018 08:49 (IST)
Trinamool Congress said it will hold protest rallies in Kolkata, Siliguri, Alipurduar, Jalpaiguri, Nadia and other places.
Nov 02, 2018 08:45 (IST)
Assam police chief Kuladhar Saikia and top officers rushed to the spot about 500 km from state capital Guwahati.
Nov 02, 2018 08:44 (IST)
The terrorists were in battle fatigues and randomly picked five people at gunpoint from Kherbari Bisonibari area and killed them by the bank of the Lohit river. All the victims were from Bengal.
Nov 02, 2018 08:43 (IST)
At least five people were killed by United Liberation Front of Assam or ULFA faction led by Paresh Baruah.