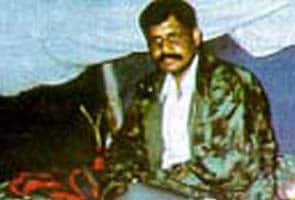 New Delhi: Paresh Baruah, the commander-in-chief of the banned United Liberation Front of Asom (ULFA), has been shot at in the jungles of northwest Myanmar.

Sources said Baruah has been injured but has survived the attack by the Myanmarese soldiers.

Baruah was with some rebels when he was detected by the Myanmarese army and was fired upon, they added.

ULFA recently began face-to-face unconditional talks with the Centre in an attempt to usher in peace in insurgency-hit Assam. An ULFA delegation met the Home Minister in New Delhi in February as a part of an introductory meeting. The meeting was significant as it took place for the first time in ULFA's 31-year-old history.

Its commander-in-chief and lone ranger Paresh Barauh, however, was not present in the meeting. He is still at large issuing threats and carrying out attacks. He wants sovereignty as a pre-condition for talks.

Promoted
Listen to the latest songs, only on JioSaavn.com
The three decades of armed movement has witnessed the killing of several thousand civilians. The ULFA, in a significant development earlier this year, admitted that all killings were wrong and declared that they are ready for formal unconditional talks with the government.