Justice Martin Chamberlain noted that the assurances given by the Indian government did not "significantly reduce" the risk that the accused, Ivor Fletcher, could try to kill himself if transferred to an Indian prison. 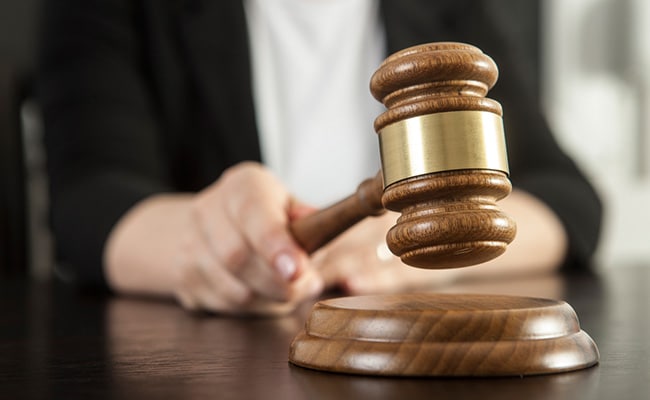 A British fugitive wanted in India to serve a 10-year sentence after his conviction for possession of 10 kilograms of cannabis in April 2002 won a High Court appeal in London on Tuesday, as a judge ruled that it would be oppressive to extradite him to India because he posed a "very high risk of completed suicide".

Justice Martin Chamberlain noted that the assurances given by the Indian government did not "significantly reduce" the risk that the accused, Ivor Fletcher, could try to kill himself if transferred to an Indian prison.

"Certainly, the detail that is provided does nothing to allay the concerns about the extent of supervision to prevent suicide," Justice Chamberlain noted.

"For these reasons, I have concluded that the assurances given do not significantly reduce the very high risk of completed suicide. Accordingly, on the evidence before the court (which is quite different from that before the District Judge), the physical or mental condition of the Appellant (Fletcher) is such that it would be oppressive to extradite him," his judgment read.

Fletcher had used the same prisons and mental health experts to argue his appeal as those deposed by fugitive diamond merchant Nirav Modi -- wanted in India on charges of fraud and money laundering related to the Punjab National Bank (PNB) scam.

Dr Andrew Forrester, a forensic psychiatrist, and Dr Alan Mitchell, a medical practitioner and prisons expert as chair of the Independent Prisons Monitoring Group in Scotland, were quoted as experts in the Fletcher case during remote hearings before Justice Martin Chamberlain.

"Mr Fletcher has serious and long-term mental health issues. The unchallenged psychiatric evidence from Dr Forrester is that Mr Fletcher is a very high risk of suicide and has a high chance of completed suicide if extradited. Mr Fletcher is impulsive and has also planned to take his own life," argued Fletcher's barrister Ben Keith.

James Stansfeld, appearing on behalf of the Indian authorities, countered the arguments and stated that Indian government assurances in the case would provide adequate medical care for the accused.

"The Appellant (Fletcher) is a fugitive from proceedings in India. He is sought to serve a lengthy sentence of imprisonment for serious offences. He can be, and will be, provided with appropriate care in India and in transit from the UK," said Mr Stansfeld.

The appeal was argued on the grounds of Section 91 of the Extradition Act, which prohibits extradition from the UK if it would be "unjust or oppressive" to the person.

During closing submissions in the Nirav Modi case in January, his legal team had raised similar Section 91 arguments when citing his severe depression and high risk of suicide.

However, District Judge Sam Goozee went on to conclude in that case that the risk of "completed suicide" had not been established and that the assurances provided by the Indian government were sufficient to ensure his safety in Barrack 12 of Arthur Road jail in Mumbai.

Modi's case has now been sent to UK Home Secretary Priti Patel, who has until the end of next month to order his extradition based on the District Judge's findings.

Modi, meanwhile, can carry on making representations to the minister and would have 14 days to apply for permission to appeal in the High Court following her decision. It is likely that this week's High Court ruling in the case of Fletcher could be used as one of the grounds for appeal in the Nirav Modi case.

According to court documents, Fletcher was arrested in the Kullu region of India with charas (cannabis) in biscuit-shaped packets wrapped in khaki-coloured paper in an attache case and his appeal against his arrest in the case went up to the Supreme Court in India, where it was dismissed in August 2011.

India put in an extradition request in June 2018 for his return to serve his sentence after he was discovered in the UK, following which he was arrested and the UK Home Secretary ordered his extradition in March last year following a magistrates' court ruling in India's favour.

The High Court was told that because Fletcher suffers from severe recurrent depression and a form of long-term personality disorder which puts him at a high risk of committing suicide, further exacerbated by the COVID-19 lockdown, it would be unjust and oppressive to extradite him to an Indian prison.

Meanwhile, the Indian authorities argued sufficient provisions are in place to take his mental health into consideration in prison, including regular monitoring. On extradition, Fletcher was to be held at the Model Central Jail at Kanda in Himachal Pradesh's Shimla district where he was to be confined to a "safe barrack under strict watch and vigil". If needed, he would have received specialist psychiatric care and treatment at Indira Gandhi Medical College (IGMC) Shimla, which is located around 20 km away.