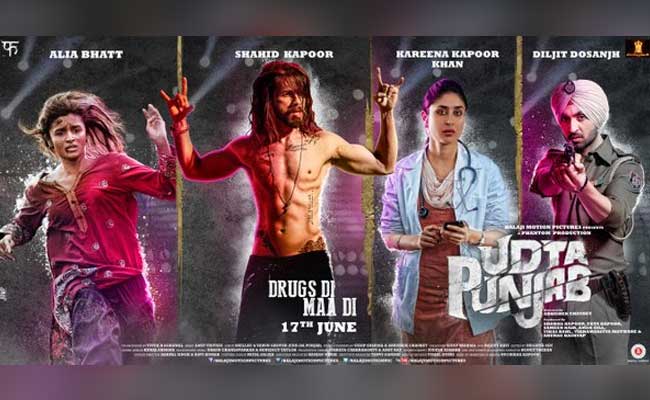 Mumbai: 'Udta Punjab', the drug-themed film cleared for release after weeks of controversy, has been leaked online ahead of its screening on Friday, its producers have alleged in a complaint to the Mumbai police.

Phantom Films filed a copyright theft case with the cybercrime cell last night after what they believed was the copy submitted to the censor board found its way into several torrentz sites that offered the film's download illegally.

The download links were later "removed due to a copyright complaint", the websites read.

Sources allege that snapshots on multiple online platforms featured scenes that the censor board had objected to, which raised suspicion that the copy submitted to the board had been leaked.

Reports said that the leaked copy had a run-time of two hours 20 minutes.

'Udta Punjab', directed by Abhishek Chaubey, was cleared by a court earlier this week after the censor board - led by its controversial chief Pahlaj Nihalani - refused to allow its screening without 89 cuts.

Another panel which reviewed the board's decision brought down the number of cuts to 13. However, the Bombay High Court on Monday said the film can be released with just one cut and three disclaimers.

The censor board had argued that the "Udta Punjab" portrayed a grim picture of Punjab and its drug problem; the state goes to polls next year and the censor board's refusal to clear the film seeded political sparring with parties like Arvind Kejriwal's Aam Aadmi Party accusing the ruling BJP of leaning on the censor board.