Read inOther Languages
This Article is From Nov 29, 2019

The 90-year-old singer was admitted to the Breach Candy Hospital with breathing difficulties on November 11. 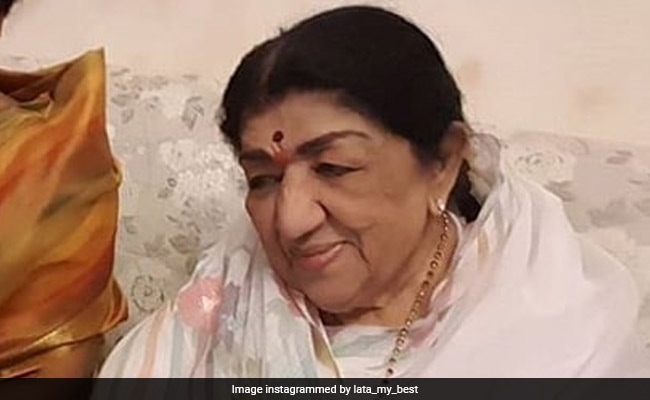 A hospital source said Lata Mangeshkar was diagnosed with pneumonia and chest infection.

A day after being sworn in as the Maharashtra Chief Minister, Uddhav Thackeray visited legendary singer Lata Mangeshkar at a city hospital on Friday.

The 90-year-old singer was admitted to the Intensive Care Unit of the Breach Candy Hospital in South Mumbai after she complained of breathing difficulties on November 11. Mr Thackeray inquired about her health, news agency PTI quoted an official as saying.

Family members had recently claimed that she was doing "much better", but refused to share details on her medical diagnosis. Film director Madhur Bhandarkar was one of the last public personalities to meet her at the hospital. "Visited the Hospital to see Lata Mangeshkar didi. Glad to inform that she is stable and responding positively to the treatment. Thanks everyone for countless blessings and prayers for her speedy recovery," he tweeted later.

The singer's sister, Asha Bhosle, had also shared a similar update after visiting her last week. "She is doing fine. She is still in the hospital, and when the doctors tell us to take her home, we will do so," she told PTI.

Lata Mangeshkar has sung more than 30,000 songs in various languages through a career extending over seven decades. She was awarded the Bharat Ratna, India's highest civilian honour, in 2001.

Uddhav Thackeray was sworn in as the Chief Minister of Maharashtra in a glittering ceremony at Mumbai's Shivaji Park on Thursday evening. His anointment as the chief minister came after an extended power struggle between the Shiv Sena and former ally BJP, following which the regional party arrived at an understanding with the Congress-NCP combine to form the government in the politically crucial state.