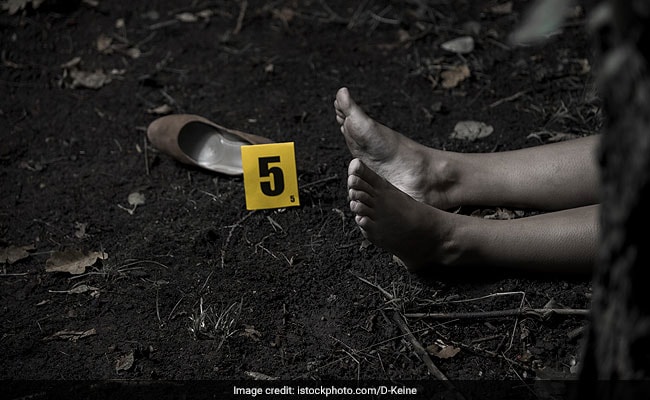 The couple were in an extra-marital affair, the police said.

A man with his throat slit, and a woman stabbed to death - their naked bodies smeared with superglue seemingly while having sex in the middle of a forest near Rajasthan's Udaipur - stirred the kind of consternation last week that the area has rarely known.

The police have now said they have cracked the case, with the arrest of a 52-year-old tantrik or occultist on Monday, presenting murky details into the bizarre double murder.

Both were married to separate people and, senior police officers Bhupendra Singh and Kundan Kuwariya said, they had an extra-marital affair.

Following the startling discovery, nearly 200 people were questioned and footage of CCTV cameras installed at around 50 places was examined, the officers said.

The police finally zeroed in on a tantric named Bhalesh Joshi. He was detained and interrogated, following which he confessed to having murdered them, they said.

An influential figure in the area who counted businessmen and local politicians among his followers, Bhalesh Joshi was sought after by people in trouble, according to the police. He lived in a temple in Bhadvi Guda, they said.

According to the police, Sonu and Rahul's affair began after they met at the temple. Sonu also appeared to be frequently in touch with the tantrik, they said.

The affair apparently led to strife in Rahul's marriage and when his wife approached the tantrik for advice, he told her about his relationship with Sonu, police officer Vikas Kumar said.

When Rahul and Sonu came to know, they threatened to file a case of molestation against the tantrik to defame the tantrik, the police said.

Fearing public humiliation, Bhalesh plotted to kill them. He bought 50 tubes of a quick-drying superglue for Rs 15 each and poured all of them in a bottle, the police said.

On the evening of November 18, promising some kind of detente, he called Rahul and Sonu and took them to an isolated place in the forest.

According to the police, he then asked them to have sex there to rid them of their troubles. He pretended to go away but returned once they began and poured the superglue on them. He then slit the man's throat and stabbed the woman.

When the police were called about the bodies, lying 300 metres from the road in the forest, they found that the couple had been injured trying to free themselves from the quick-drying adhesive. The man's genitals also appeared cut, and there had been attempts at burning the bodies.

The police said they were convinced of the tantrik's involvement when they found superglue residue on his fingers. Given his clout, several prominent individuals came to have him freed when he was detained but quickly dispersed once they were informed of the grisly details of the case, they said.

(With inputs from Sanjay Vyas)