Madan Lal Sharma was twice elected to the Lok Sabha from Jammu- Poonch seat in 2004 and 2009. However, he lost the 2014 Lok Sabha elections. 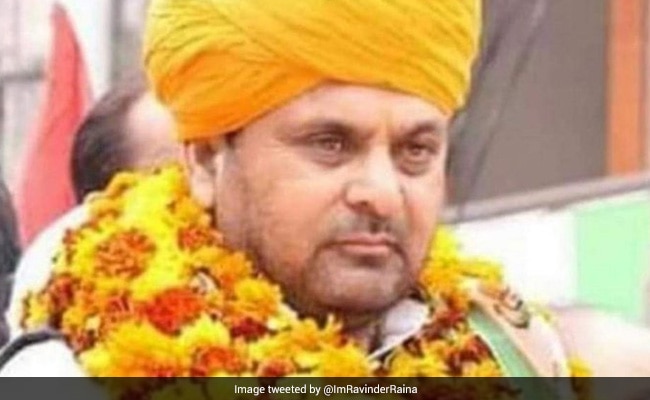 The 68-year-old is survived by wife, a son, and two daughters.

The 68-year-old is survived by a wife, son, and two daughters.

He was first elected as MLA in 1983 and again in 1987 from Chhamb constituency on Congress mandate, a party spokesman said.

Madan Lal  Sharma was twice elected to the Lok Sabha from Jammu- Poonch seat in 2004 and 2009. However, he lost the 2014 Lok Sabha elections.

"His death is being widely mourned in political and social circles. The entire rank and file of the party has deeply mourned his death and prayed for peace to the departed soul", chief spokesperson, JKPCC, Ravinder Sharma said.

Jammu and Kashmir Pradesh Congress Committee chief G A Mir expressed sorrow over the death of the veteran leader, saying his death has created a great void in the party.

"I am grieved over the passing away of Madan Lal Ji--a leader who had dedicated his whole life for the service of public welfare. As a minister also, he was accessible to the people especially to his electorate," Syed Mohammad Altaf Bukhari observed.